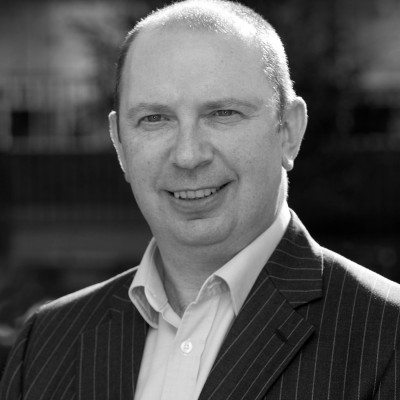 Tell us a little bit about Redx Pharma – what is it, in a nutshell, that you do?

We are an early-stage drug discovery business, based in Liverpool. We were established in September 2010, developed out of our predecessor company, Bradford Pharma Ltd. By now our team has grown to about 35 people. We focus on a whole range of products, such as antibiotics, anti-infectives and cancer research. Basically, we capitalise on the way that drug discovery is being done in the big pharmaceutical companies ? with hindsight. We find the gaps they left behind, the things they overlooked. In essence, companies like us are doing a lot of discovery for the large pharma companies, since they acknowledge that they can’t fill all their pipelines themselves anymore ? and we are more agile, more flexible.

Being ‘agile’ and ‘flexible’ sounds like you manage to keep the ethos of a startup, even as a high-growth company. What does it take to recreate that spirit and energy in an established, medium-sized business, and what are the challenges?

Keeping the startup ethos is the key to our business. That’s because of three things:

Those three points all come from a startup mentality. The big challenge as we grow is to maintain that ethos. By the end of this year we’ll be about 90 people, and at the end of next year we’ll be about 200. A lot of people we employ came out of large organisations, which makes the challenge even greater, but they are ready to embrace the opportunity a smaller company brings. It’s about making sure everybody understands what the ethos of the company is ? at all levels of the business.

Can you give a glimpse of the future and into something Redx Pharma will be working on in the coming year?

We’re working on the next generation of cancer drugs, on improving the patient’s experience of the disease. There’s no doubt that cancer is treatable and beatable if discovered in time. There’s equally no question that we need better treatment options for it.

Last week Lord Young announced a new government scheme, StartUp loans, which offers to fund young people with great ideas. Tell us how Redx Pharma got started? How did you overcome the finance challenge in the beginning?

I think it’s a big challenge for early-stage businesses to access that critical early funding. It’s a bit different for a business like us, because we are research-led and won’t be generating any revenue for a few years. When we went through the first funding round with Bradford Pharma Ltd, it became clear that the best thing for us to do was to create a new vehicle that was more readily funded.

One of the good things this government has done was improving the SME scheme, that’s extremely helpful for companies like us. We need improvements like this ? especially comparing how much easier it is to get a company up and running in the United States. Between investment and grants, we’ve raised about ?9m since September 2010. If we were in the US, we would have probably raised three times as much, because the funding culture is just so radically different.

The theme of this year’s Real Business Entrepreneurs’ Summit is “the growth challenge”. How confident or otherwise are you that in, say, five years’ time, we will have a rebalanced UK economy, built around a larger proportion of SME businesses with IP ownership and international expansion at their core?

The usual model in pharmaceuticals is that somebody invests in a scientist, they fail because the technology doesn’t work, or because of a lack of research. And secondly they fail because they’re scientists and don’t have the right skill set to run a sustainable business. Once that business has failed, what do you do?

Dr Neil Murray is the chief executive of?Redx Pharma?and?a founding partner of?Essential Science Ltd, a consulting practice in the Life Sciences, Biotechnology and Drug Discovery and Development sectors. He is also the founder of?PharmEcosse Ltd, the developers of a novel scar reduction and prevention therapeutic.?

At the?Entrprepreneurs’ Summit?on June 13th, he’ll be taking his wisdom on stage to share with us, in our panel about the business finance challenge.?