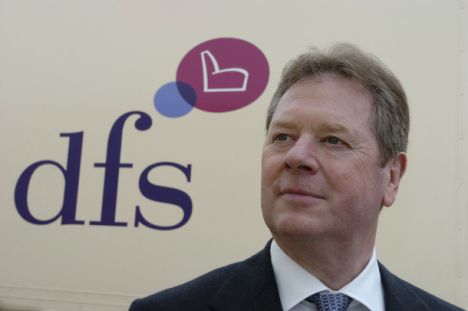 Although the entrepreneur isn’t believed to be under any financial pressure to sell up, private equity firms Cinven and Permira have both shown serious interest in the 78-store chain, which could fetch up to £500m if a deal is struck.

It’s understood that Cinven had already submitted its bid for DFS, while Permira has reaffirmed its interest in the chain. The private equity firms’ interest comes despite difficulties in putting a valuation on the business, because of limited information and a lack of clarity on how engaged Kirkham will be in the business after a sale. Our sister title, Real Deals, reports that bidders are said to have been asked to put together their own projections and forecasts for the company, information that is usually provided by the vendors.  A major donor to the Tories and one of South Yorkshire’s richest men, Kirkham took DFS private for £507m in 2004 after a battle with shareholders who claimed he bought it back at a cheap price. The chain is one of the winners of the recession, seeing a string of rivals such as MFI, The Pier and Land of Leather all fall. For the year to July, DFS grew its pre-tax earnings by 42.1 per cent to £86.7m.