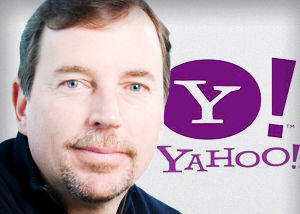 History is full of people who have lied about accomplishing something. For example, Richard Byrd won a medal in 1926 for being the first person to fly over the North Pole. It was only 70 years later that it was discovered he had a leaky fuel tank and never reached his destination.

Similarly, Janet Cooke, who won a Pulitzer Prize in 1981 for a story about an eight-year-old heroin addict, lost the prize two days later when judges found she had made it all up.  Sadly, in terms of resumes, lies are on the rise, with a 2014 article alleging that one applicant put experience on his resume that was actually his father’s. “Another claimed to have been a construction supervisor, but further digging revealed that his only construction experience was building a backyard doghouse,” it revealed. “Then there was the candidate who claimed to have been the assistant to the prime minister, in a country that has no prime minister.” And while you might think that lying on resumes is less common among candidates for senior management jobs, it turns out that it’s actually easier for them to do. This is according to Jay Meschke, president of CBIZ Human Capital Services, who claimed that by the time the manager gets to the fourth or fifth interviewee, he/she is already convinced he/she wants you. “Meanwhile, no one has really read your resume very carefully,” Meschke added. “Or at all.” As such, here’s a list of businessmen who’ve inflated their resumes to gain advantage in the corporate world.

This is probably one of the most high-profile resume blunders of all-time. Thompson had allegedly earned a computer science degree from Stonehill College. And while he did, in fact, graduate from Stonehill, it was with an accounting degree in hand. This issue only came to light after activist shareholder firm Third Point called into question Thompson’s education.  Daniel Loeb, the founder of the hedge fund, as well as a shareholder of Yahoo!, investigated Thompson’s background and uncovered his lie.  Loeb wrote: “If Thompson embellished his academic credentials we think that it 1) undermines his credibility as a technology expert and 2) reflects poorly on the character of the CEO who has been tasked with leading Yahoo! at this critical juncture. Now more than ever Yahoo! investors need a trustworthy CEO.”

Much like Thompson, while Zarella had attended New York University, he had not attained the degree he claimed he had. In fact, while he said he’d earned a masters degree in business administration, he left before completing the program. “I’m embarrassed that some of this incorrect information appeared in some of our published materials on my background,” said Zarrella in a statement. “Clearly it’s my obligation to proofread such things carefully and ensure their accuracy.” While his resignation was rejected, Bausch & Lomb’s board made Zarrella forfeit a $1.1m bonus. Zarrella eventually left in 2008, however, when the company experienced “extensive product recall and hundreds of product liability lawsuits.”

Edmondson joined Radio Shack in 1994 and advanced in the company until he became CEO in 2005. One year later, he was fired. Why? Edmondson lied about earning two college degrees while he actually had none.  When it was finally revealed in 2006, Leonard Roberts, the executive chairman, had a lot to say about the situation. He said at a press conference: “When our company’s credibility becomes based on a single individual, it is time for a change. One of the most important things we have as a corporation is integrity and trust. We have to restore that back to the company.” While he may have lost his job, Edmondson stood up for himself, saying he had clearly misstated his academic record. “The responsibility for these misstatements is mine alone,” he said. “I understand that I cannot now document the ThG diploma.” Read on to find out how Wall Street’s highest paid executive analyst, as well as the CFO of a tech firm, fibbed their way to success.