Grubman was once Wall Street’s highest paid analyst, making $20m per year before he was caught lying in his CV. He was banned from the industry after putting out misleading information.

He claimed he had attended the Massachusetts Institute of Technology in Boston, while he had actually gone to Boston University. In an interview he admitted to lying because he “probably felt insecure.”

After leaving he founded Magee Group, which provides strategic advice to telecom and technology companies.

According to Papows, he had a PhD from Pepperdine University. He was also supposedly a black belt in taekwondo. None of these facts were true. Jon Auerbach at ZDNet also reported that Papows said he was a pilot when he was an air traffic controller and a captain when he was actually a first lieutenant in the Marines.

And sadly, his unit secured deals with the military because of this alleged service. He’s even said to have lied about being an orphan growing up, while in reality his parents lived close to IBM’s offices.

However, the resume blunders weren’t what made him resign. He did so in 2000 after a former executive accused him of sexual harassment. “I have come to this decision after a great deal of very difficult reflection about where Lotus is right now and about my own future,” he wrote in a statement to employees.

While others had added to their resumes, Dunlap had taken away. He erased two jobs from his employment history after being terminated from both.

Dunlap was fired from firm number one, Max Phillips & Son, after just seven weeks for neglecting his duties and making derogatory comments about his bosses. And, in 1998, Dunlap was fired as CEO from Sunbeam following accusations of accounting fraud.

When The New York Times revealed he had worked for and been fired by Max Phillips & Son and later Nitec, he was investigated by the Securities and Exchange Commission and eventually paid $500,000 in fines without admitting or denying the allegations. He paid $15m to settle shareholder lawsuits and was banned by the SEC from serving as an officer or director of public companies.

Lonchar gained his position through a merger in 1997. He even won CFO Magazine’s Excellence Award for Managing External Stakeholders four years later. The next year, however, it was revealed that he never received an MBA from Stanford as he claimed.

He also didn’t gain an accounting degree from Arizona State University, but instead got his degree from Idaho State.

Soon after, a Merrill Lynch analyst downgraded the company’s credit ratings and shares dropped by as much as 20 per cent. As such, Lonchar was asked to resign.

He said: “I regret this misstatement of my educational background. Under the circumstances, I believe my resignation is in the best interests of both the company and myself.” 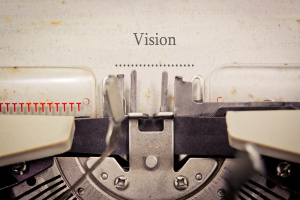 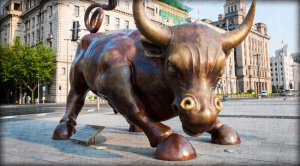 The bull in the China shop: Money managers short on history and long on panic