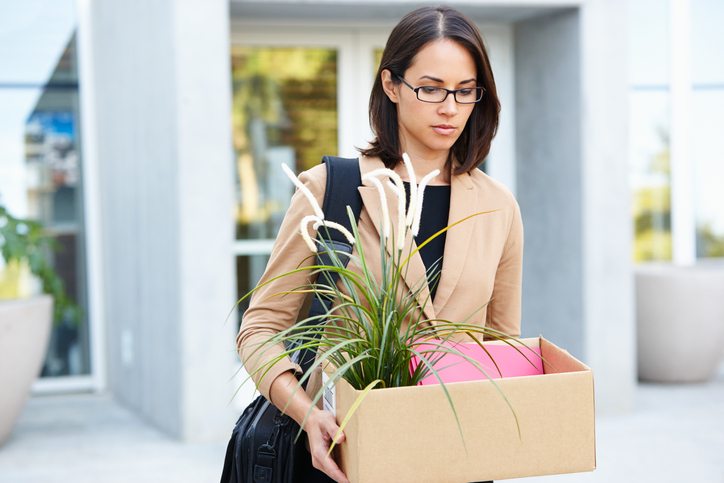 Share via
It’s always up to the company to be clear about why an employee has to leave, so knowing the difference between firing staff and making them redundant, for example, could help you in the long-run.

Is being made redundant the same as being fired

Both potentially mean an emotional roller coaster ride, but for two distinctly different reasons. And though the outcome is one and the same, there are different procedures for each, and are triggered by varying means.

Firing someone vs redundancy

Firing someone No one wants to hear those Lord Sugar-esque words: “You’re fired.” Most leaders don’t like seeing staff leave in this manner either, which is why it’s often deemed a last resort or due to extreme consequences having been flung your way by their actions. It’s this concept of sussing out bad staff behaviour that best describes the difference between firing staff and making them redundant. You can’t just fire someone. Their performance, attitude or job suitability should first be in question, something you should have communicated tothem beforehand through verbal and written warnings. Training may also have been a failed attempt at swaying them back from “the dark side”. For extra caution, first invetigate the matter before scheduling a meeting. When you’re finally face-to-face, be straight forward about the situation, tell them what went wrong, allow them to make their case and listen intently. Only then make up your mind about whether to fire someone, especially when it pertains to other members of staff. Document all problems in case you need to protect yourself if the individual involved decides to fight your decision. It also often helps to have a “witness” in the room to back up what has been said. For more on disciplinary procedures, follow the below link: [rb_inline_related] This topic is one Rebecca Knight of the Harvard Business Review was keen to discuss: “Before the meeting, you need to be well versed on practical matters the details of the former employee’s severance agreement, for instance, and what happens to his benefits and unused vacation time. “If you genuinely believe someone is a good person who has talents and abilities that could be useful elsewhere, tell them that you’re very happy to provide a reference, or offer to make introductions. Show some humility, even if you part on bad terms.” Ensure you act consistantly when it comes to firing someone and crucially, that it was done on fair grounds. Try to stay clear of firing someone for a first offence, unless for gross misconduct.

The biggest difference between firing staff and making them redundantis the latter’s “it’s me, not you” nature. Redundancy tends to occur, among other situations, when a role becomes obsolete, the business restructures or becomes bankrupt. Either way, the company can no longer afford to keep that person and you need to be able to prove why. When it comes to mass redundancy, somewhat trickier to get right compared to when one person is involved,?you can always ask for volunteers. Ensure, however, in an abundance of choices, that the selection process is a fair one. Even “first in, last out” policies can be the target of unfair dismissal claims if patterns are found.

How to make redundancy easier to accept

Early retirement incentives are another way to smooth the blow of job loss. And in the case of staff who have been contracted for over two years,’statutory redundancy pay is in order. As the government explains: “Employees?get half a week’s pay for each full yearthey were under 22, or one week’s pay for each full yearthey were 22 or older, but under 41.” Never spring?this news on employees days before it occurs, especially when it involves £20 or more individuals. A contract needs to be drafted, to which staff need to agree to, and 90 days given in advance for them to seek alternative work. Before that process begins, you?need to consult staff on what to expect, why it’s happening, how many will be affected, what the options are and in what ways you’ll support them. Be as transparent as possible and constantly communicate. Proper notice should, in turn, be given to the Redundancy Payments Service before the first?person is made redundant 30 days in advance for 20-99 employees, or 45 days for more than 100. There is no stated method for what happens when less than 20 employees are involved, but it’s best practice to”follow the same routine. Not following this procedure could see you in a similar situation to?Sports Direct?when it closed’subsidiary USD. It was a fact brought up by Citrus HR’s?Edward Woottonin 2015:?”Should a company not give the proper notice to government regarding closure of their business and redundancies, the company, and sometimes the senior directors or managers involved, could face a criminal charge and, if convicted, a fine of up to £5,000. In this case, it?was suggested Sports Direct only gave 15 minutes” notice, thereby breaking the law.”