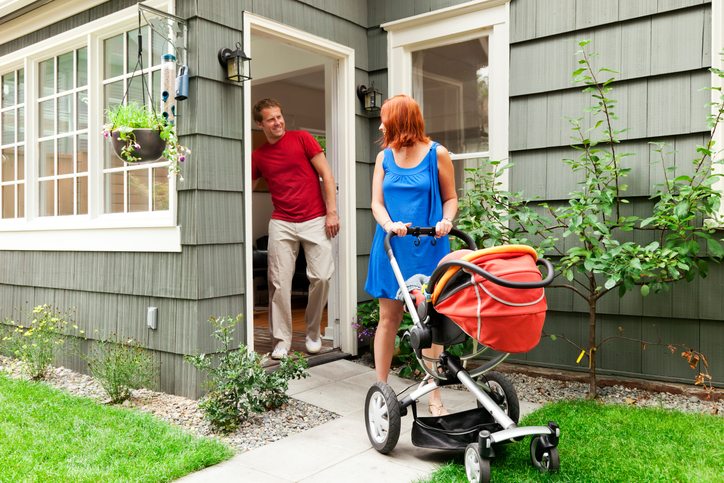 Share via
Brits waited with baited breath to see which issues political parties would look to betterin their manifesto ahead of the snap general election. Some hoped the difference between maternity, paternity and shared parental leave would be addressed. On that front, only Labour and the Liberal Democrats delivered. With disappointment at the lack of mention still fresh in the air, it’s crucial bosses detail their own expectations within employment contracts whether they want?to shake things up and go off-script or stick to the rules. Which means a thorough understanding of the difference between maternity, paternity and shared parental leave is required. Staff hand inA notificationAnd you promise further discussions regarding what form of leave they?would take, etc that’s where the similarities end and the difference between maternity, paternity and shared parental leave begins. Maternity leave Women are allowed to take up to a year off work,?only receiving?what TUC deems “decent pay” for a portion?of that time. It’s up to the company though. Some will offer full-pay for the entire duration, while others reduce the amount drastically. Staff can also choose not to take the full 52 weeks off. But the options are only made available to them if they notify their employerAt least 15 weeks before the baby is due, with a medical certificate if requested. The employer then has 28 days to set out a return date. Normally ten “keeping in touch” days are agreed upon, as is a reasonable time off paid for antenatal care. But let’s not forget statutory maternity pay (SMP). Nidirect notes that to qualify, “they?must have been earning on average an amount which at least equals the lower earnings limit which applies on the Saturday at the end of their?qualifying week. The lower earnings limit is the amount one has to earn before being?treated as paying National Insurance contributions.” Through SMP, women will receive 90 per cent of their average weekly earnings for the first six weeks. The remaining 33 weeks drops to £140.98 or stays at the 90 per cent threshold, whichever is the lower number. Paternity leave Fathers”have the right to either one or two consecutive weeks’ paid paternity leave. The allotted time always comes as one continual chunk?” the dispersing the weeks is seemingly not allowed. But in order to qualify they?need to have been?under contract with the same boss for at least 26 weeks before the 15th week the child is due. Employees will also need to take their paternity leave within 56 days of the birth of the child. So it will, depending on what you’ve agreed upon, paternity leave will either start on the day the baby is born or a few days after. And unless you so otherwise deign, staff are set to receive 140.98 per week or 90?per cent of your average earnings once again, whichever is lower. Unlike women though, men aren’t entitled to paid time off in terms antenatal appointments, and may accompany the partner to two appointments within working hours. As always, this depends on what you decide to put in your contract. Shared parental?leave (SPL)
One key difference between?maternity, paternity and shared parental leave is that the latter ensures parents have the flexibility to choose how to share their leave. “This could involve returning to work for part of the time and then resuming leave at a later date,” ACAS explained. They can take it in turns, or both be off work at the same time. Note that mothers on maternity leave may choose to cash out in exchange for SPL later on. Likewise, after two weeks of paid paternity leave, fathers can hop onboard SPL instead of receiving what was once called additional paternity leave a notion that no longer exists. “It can?be taken at any time within the period which begins on the date the child is born/date of the placement and ends 52 weeks after that date,” ACAS explained. “Leave must be taken in complete weeks and may be taken either in a continuous period, which an employer cannot refuse, or in a discontinuous period, which the employer can refuse.” In order to qualify you now know the drill staff need to have been?under contract with the same boss for at least 26 weeks, and 15 weeks before the child is due. They need to still be employed the first week it is to be taken. This is called the continuity test, one of two employees need to pass to apply for SPL. The other is an employment and earnings test. “The person must have worked for at least 26 weeks in the 66 weeks leading up to the due date and have earned above the maternity allowance threshold of £30 week in 13 of the 66 weeks,” ACCA said. Those on SPL receive £140.98 a week. While these are the minimum requirements, bosses aren’t limited to them and can go above and beyond if they so choose.