This story was updated on 31st December 2019 to reflect new changes to the National Living Wage and Living Wage Foundation.

What are the differences between the national minimum wage and the living wage?

British employers and staff alike have recently found themselves confused with the terms Living Wage, National Living Wage and the National Minimum Wage. We wanted to provide some clarification on what they meant.

The NMW is exactly as it sounds. It is the minimum pay per hour workers of school leaving age are entitled to by law and is reviewed yearly by the government. The rate for each age group in the UK is different and has been regulated by the Low Pay Commission since 1999.

The most recent set of changes took place in April 2019, leaving the figures as shown below.

The rates are set to change again in April 2020, to the below:

This is the point where people get confused. Despite using the term Living Wage, the NLW has nothing to do with it (further explained below). It’s basically a new minimum wage rate for those aged 25 and over – the NMW rebranded if you like. Exactly the same thing with a different name.

Launched under former chancellor George Osborne in 2015, it represents the government’s aim of raising the wages of those aged 25 and older to £9 an hour by 2020. The decreed hourly rate will change each year in April until it reaches the £9 target.

The first hop in pay took place on April 2017, whereby the current rate of £7.20 increased to £7.50 an hour. In his Autumn Statement of 2017, new chancellor Philip Hammond announced the National Living Wage would increase to £7.83 from April 2018. The government is hoping to further boost wages to £9 by 2020.

There are a few types of workers who aren’t entitled to the National Minimum Wage or National Living Wage. Those include the self-employed, company directors, volunteers, workers on a government programme and members of the armed forces.

The Living Wage shouldn’t be confused with the government’s National Living Wage – one difference being that it isn’t enforceable by law. Companies can voluntarily adopt it, but know that it means paying a higher sum of money to staff.

Here’s why. Promoted by the Living Wage Foundation and calculated annually by the Resolution Foundation, it’s a benchmark and recommendation of what it will take now – not years down the line – to improve living standards. TUC general secretary Frances O’Grady explained: “Unlike the government’s NLW, the real Living Wage is based on a review of the evidence on what is currently happening to people.”

The Living Wage has been increased (as of November 2017) to £8.75 an hour, with the London Living Wage separately calculated as being £10.20 per hour. This represents growth of 3.6 per cent and 4.6 per cent over previous figures. And while the Living Wage Foundation welcomed the government’s NLW, it claimed the lowest level of pay currently estimated for a comfortable London life was already higher than what the NLW will be in 2020. 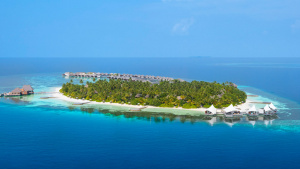 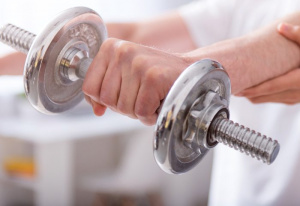 Focussing on rehabilitation at the beginning of the year