Starting a business is mighty exciting, and whilst we like to encourage entrepreneurial flair, it’s vital that founders approach the running of their business with a cool and collected head.

This starts with the sort of company you want to run – and we don’t mean whether you want a ‘trendy’ website or not. We are talking about whether you should be running a public or a private company.

There could be serious consequences if you choose an option and decide not to run your business in the prescribed manner. To avoid any illegalities, read our speedy, yet comprehensive guide on the differences between public and private companies before making your decision.

If you choose to set up a private company and become a director, you are permitted to own or have control over a majority of the shares.

Unlike their public company cousin, there is no ‘marketplace’ for these shares, meaning they are not available to be bought by members of the public. So a private company is just that, a private concern.

Private companies are not as beholden to regulatory practices as much as public companies are. For example, they do not need to hold annual general meetings (AGMs). All they need to do is produce a signed written resolution, stating that it isn’t necessary to hold the meeting.

Businesses that are experiencing growth may decide to re-register as a public company. This is because it gives them the chance to release their shares to the public, enabling them to access wider forms of capital than if they stayed private.

However, deciding to do this means businesses will face stricter operational rules and increased scrutiny. This means less privacy for you, in terms of how you run your business.

Companies choosing to ‘go public’ will have to obey stricter laws, such as the Companies Act 2006 as well as the Financial Services and Markets Act 2000. Because these are obligations enshrined by law, breaking these will make your business an illegal concern.

Going public also releases your company shares on The London Stock Exchange. There will, inevitably, be additional rules that come with using this platform too. Publically listed companies are also obliged to inform the public about changes that occur within the company – and this can make some business owners nervous.

However, the ‘public life’ isn’t for everyone, even massively successful companies, such as Boots, has remained a private company in order to maintain the privacy of its internal functions. They re-registered themselves as a private company following their merger with Alliance Unichem in 2006.

Now’s the time to make that all-important decision, whether to go public or private. If you’re a self-confessed control freak, dislike inquiries into your business and the public being allowed to know everything about your business, stick to running a private company. For some directors, privacy is the most important aspect of running a business.

Whilst going public can offer massive wins in terms of public access to shares, which can make your business very wealthy, you are bound by law, to run your business ‘by the book’. Failure to do this will result in legal inquiries, and at it’s worst a criminal conviction. So SME owners, choose wisely. 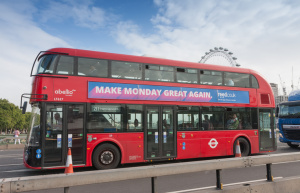 What is the difference between marketing and advertising? 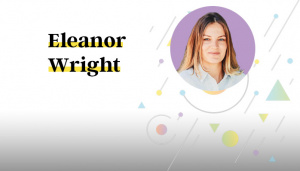 Why businesses need to embrace social media, or risk getting left behind