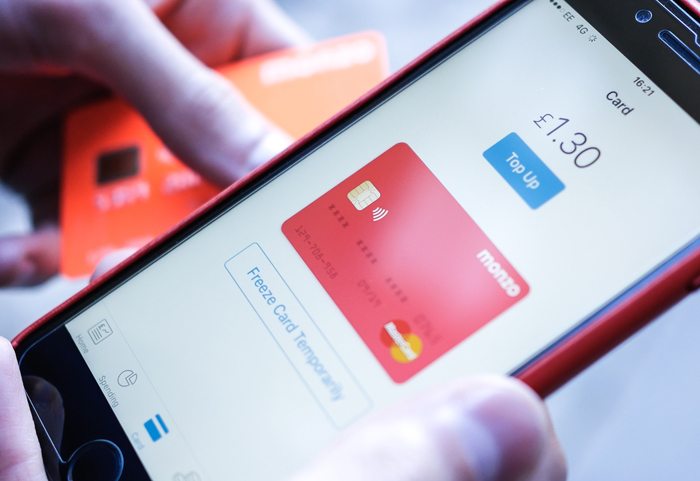 Share via
Rewind only ten years ago, and if you asked someone on the street to open up their wallet (in a non-threatening way) there’s a pretty good chance it would be filled exclusively with cards from the major high street banks. Back then there was choice, but little to differentiate where you banked your savings, held a credit card or conducted business affairs. We accepted, like we do with energy suppliers, that our banking provider could pretty much dictate terms and we wouldn’t be able to do much about it. Now, in 2017, open up a random person’s wallet and you might be greeted with a card linked to one of the many digital challenger banks – or fellow new entrants like Handelsbanken or Metro Bank. The proliferation of mobile devices has created an opportunity for entrepreneurs to build complex and customer-focused finance platforms. Putting service at the forefront, rather than investment banking, these new market entrants are fast attracting interest and new customers. The four biggest are Monzo, Atom Bank, Tandem and Starling – all financial technology businesses set up after 2012 and based in London. In an effort to drive awareness and promote a unique approach to personal finance, each have been charged with equity investment capital. And a number of deals at the beginning of 2017 have gone to show how much is being injected into these disruptive forces. Together, the four have now raised around £330m from a variety of sources, including angel investors, venture capital firms, retailers such as House of Fraser and even incumbent banks like Banco Bilbao Vizcaya Argentaria. Each extol the value of a mobile-first approach to banking, putting the power literally into the hands of consumers and letting them have a better control over finances. To contextualise how developed the digital challenger banks are, we’ve pulled together some funding and user statistics.

Atom Bank is leading the way with £219m from three significant funding rounds. Having secured its banking licence in June 2015, it launched into the market in April 2016 with two fixed-saver accounts and secured business lending for SMEs. It also recently lifted the lid on its first mobile mortgage product, with further new offerings set to come in 2017. Anthony Thomson, founder and chairman of Atom Bank, said at the time of its most recent fundraising: “With the work we have done so far we are just beginning to see how transformational our new approach to banking can be.” Next in line when it comes to money raised is Starling. In the last week, Starling, which was once the employer of Monzo founder Tom Blomfield, became the first mobile-only bank to join the Current Account Switch Service – which has helped move 3.5m accounts since launching. Earlier in the month it also released its beta app, a process which will see the Starling team talk to and receive feedback from its beta users. Speaking then, CEO and founder Anne Boden, who used to COO at Irish finance group AIB, said: “Widening our beta testing programme means we can continue to develop the Starling Account – testing it, getting feedback, improving it, and adding new features over the next few months.” Starling’s first steps are in the current account space, with a contactless MasterCard debit card allowing customers to sync digital wallets and utilise payment mechanisms such as Apple Pay and Android Pay. Meanwhile, Tandem, a “full service digital retail bank” founded in 2013 by Michael Kent, announced at the end of 2016 that House of Fraser was investing £35m as part of plans to create a bespoke customer-only offering. Having held it’s banking licence for a year, and planning to launch current account and credit cards in 2017, the House of Fraser investment was one of the final fintech events of 2016. However, recent developments saw House of Fraser owner Sanpower Group pull the final £29m of the investment – resulting in Tandem having to surrender its banking licence and reapply. Speaking to Real Business before this, Tandem’s CEO, Ricky Knox, said it’s important to realise that the licence his digital challenger bank holds provides customers with etc same protection as anyone with the likes of Lloyds – or other high street finance houses. Tandem will now be hopeful of being successful in the reapplication process – providing the protections that most consumers and businesses will believe are crucial. The challenges he and others face now is encouraging customers to move their accounts. “We are not asking people to switch, certainly not in the early days. We are asking people to download our app and for it to begin analysing their data. We’re going to show them how to make money and switch to cheaper energy bills,” he explained. When the time is right, Tandem will be able to show how it can provide a better savings rate or credit card. In the short term, Tandem is focusing on retail banking and supporting consumers in manage their money. While it does not rule out entering the SME market in the long term, it is not a business priority for Tandem now. However, he did add that small business owners need to make sure that they can get the best rate and product on the likes of their energy or broadband deals. “We’re aiming to change retail banking, but certainly there’s scope for changing business banking too.” While Tandem is not providing for businesses, yet, Starling and Atom Bank are. Digital challenger bank Atom has two fixed saver accounts and provides secured business lending
for small and medium-sized enterprises (SMEs). Speaking previously, Craig Iley, Atom’s managing director of business banking, said: “We’re aiming to halve the time it takes to get funds into a [business] customer’s account, and open up the data to customers so they know how decisions are made. “They can then use that information to improve their businesses and potentially unlock access to cheaper funding. This is SME banking that’s simple, transparent and delivers what these businesses actually need – it doesn’t present them with a series of challenges and hoops to jump through. We’re about empowering businesses and helping them on their own journey.” So what do the major incumbents like HSBC, Barclays and Lloyds have to fear? Well, it all comes down to consumers – both retail and business – having more options available. As we alleviated to at the start of this article, only ten years ago there were no options outside of household names such as Santander or RBS. For the savvy consumer or business owner, a little research provides both with a plethora of options when they are shopping for a generic current account or something more specific. And, while in days gone by big banks could simply acquire the competition and fold new technology into existing offerings, the likes of Monzo, Atom, Tandem and Starling now have enough financial firepower that a takeover is not needed. Over the coming weeks Real Business will be digging deeper into the digital race to be the finance brand of choice, interviewing the founders behind each. For now, big banks beware.