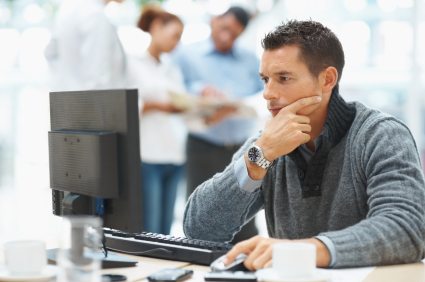 New research released today suggests a lack of digital knowledge and skills are preventing the majority of British workers from reaching their full potential, despite a huge appetite to learn.

The survey of 2,000 British workers, commissioned in the run up to the Digital Domination Summit, found that two thirds of respondents felt the internet, digital innovations and technology were already having an impact on their jobs, but just a fifth said they were adequately equipped with the digital skills they need. Some 48 per cent said that they wanted to add new digital skills and knowledge to their CV. 21 per cent felt hamstrung by not knowing where to start, whilst 14 per cent felt that new digital skills were too expensive to learn. Respondents said they could be more productive in their current jobs, introduce beneficial new ideas to their organisations or start new ventures if they could acquire new skills. That figure was significantly higher with 18-24 year olds, where one-in-five say that they would try to start a new technology or digital venture of their own. The research, carried out by independent pollsters, OnePoll, was launched in the build-up to a free online conference, the Digital Domination Summit, which takes place on June 28th 2013. Conference organiser, Marco Montemagno, explains why the research findings matter, ?The UK internet economy is worth ?100bn annually, is growing at ten per cent a year and directly employs 250,000 people. ?Yet, clearly many people in both small and large businesses are struggling to take advantage of the digital world. People often feel out of touch and don?t know where to start ? we want to help address that by giving people bite-sized insights that will help them understand better the opportunities open to them.?