It was encouraging to hear chancellor Philip Hammond focus so keenly on STEM in the Autumn Budget – pledging to invest £500m to specifically drive forward digital initiatives. This financial backing is being provided by the government to address the dangers of a digital skills gap arising within the UK workforce.

Brought on by the continual development of AI, automation and other newer technologies into professional industries, these services pose both an opportunity and a threat to workers over the next decade.

Among other initiatives, the chancellor proposed to invest £84mto upskill 8,000 secondary school computer science teachers by the end of this Parliament. This funding will also go towards a new National Centre for Computing, to produce training material and support for teachers. A further £406m is being offered to support maths and technical education in schools, to help pupils develop skills needed to succeed in a technologically dependent workplace.

SAM Labs’ own research, conducted by YouGov, demonstrates more robust computer science and coding education is already in demand from British adults. Some 54 per cent of respondents believe teaching coding is positive for the future economy, but 70 per cent of 18-24 year olds claim they didn’t receive such education at school. Furthermore, over a third of parents do not believe their child receives any form of coding tuition at school. Evidently, there is a disparity between public desire and what children actually receive.

Over the four years SAM Labs has been working with schools across Britain and around the world, we have seen that integrating computing and coding across a wide breadth of subjects at primary school level, enables children to engage with these tools more readily. They build up a robust basic skill level more intuitively than if they pick up these tools later in life.

Pupils who have developed these skills from primary school age will likely be able to approach more advanced problems and lesson plans in secondary level. Ultimately, getting them on the right track to combat the current digital skills gap.

Another study, from McKinsey, indicated up to 700m people worldwide will be in new careers by 2030, due to automation. It also suggests technology sector roles will change dramatically, with an additional 20m to 50m jobs in the industry created during the same time. This is one of many reasons why the UK needs to get rid of its digital skills gap and prepare workers to meet the challenges of a technologically reliant working world, as soon as they leave education.

The government is aware there is much to be done to ensure younger generations don’t fall into the digital skills gap trap. Although it is on board with the need to upskill current and future generations,  the government needs to go further in its pledges. What are currently considered newer technologies – AI, automation and machine learning – will soon become commonplace across white and blue-collar industries.

These technologies offer the potential to have a hugely positive impact on workforces. They will support and encourage collaboration, efficiency and productivity, and will free up room for greater strategy and creativity from human workers. However, everyone, at all levels of business, will need to be proficient in how they operate and how best to apply them in their role.

Getting the foundations of education right therefore becomes an imperative. If future generations are still not well versed in the technologies they inherit, how can we expect our workforce and economy to evolve? With proper support from the government and educational institutions, we will make a success of this latest technological revolution and not fall by wayside as other nations flourish.

Joachim Horn is CEO and founder of SAM Labs 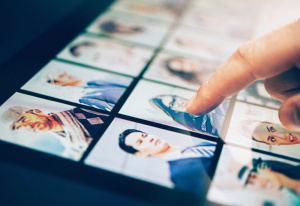 Struggling to attract talent? Get some tips from the experts