The “Death of the high street” has frankly been done to death. Put the phrase into Google and you get 14 million results – and headlines that compete for apocalyptic levels of gloom in the face of online retail. The cliché: retail’s small business dinosaurs face extinction amid an ecommerce asteroid strike.

The reality is far more nuanced: people still enjoy heading to the high street; they appreciate the human interaction and the familiarity of stores and markets that they love. However, they do not want to be restricted to shopping at certain times and in certain places.  Instead, they want shops to behave like they do; moving seamlessly from offline to online retail. In short, they want more flexibility – and will reward those that provide it.

The times (they have always been) a‘changing

In-store retail clearly needs to evolve. Digitalisation is upending business models for banks, estate agents and manufacturing. The retail sector is no different. Embracing change is going to be the best survival tactic – and fighting it futile.

There’s no reason to lament this: the notion of a timeless and unchanging high street is, itself, a myth: the high street emerged in the late-Victorian era as urbanisation meant people no longer had the space to grow food or keep livestock themselves, evolving in stops and starts through to the mid-1960s, when a regulatory shake-up slashed prices.

Change has been a constant along the way, and those that have embraced it have flourished. For small business owners, today’s most disruptive change, specifically the rise of online retail, and mobile-enabled digital shopping, need not be an enemy of in-store retail. In fact, it could be the saviour.

For casual observers conditioned to see online and offline shopping as locked in a zero sum struggle, this may sound counterintuitive. But shoppers don’t see the debate as a choice between online retail or in-store, they simply want retailers to make their lives easier depending on their specific preferences and circumstances.

One day that might mean going into a store to browse and seeing items for themselves before buying, another day it might mean quickly ordering an item from their mobile on the way to work. Those that manage to make this possible – from butchers to bakers, via artisanal candlestick makers – are thriving.

Recent Worldpay transaction data appears to confirm this. Shops that allow customers to browse and purchase online as well as in-store are seeing annual growth of eight per cent. Their bricks and mortar-only peers meanwhile are seeing either flat or falling revenues.

Florists that provide customers a mix of online retail and in-store shopping options have grown 8.34 per cent in the past year, while in-store only retailers have seen revenues decline by 0.41 per cent. Bakers and cake shops that make it easy for their customers to order online have added 8.70 per cent to their bottom line, against flat revenues for their offline-only counterparts.

Ecommerce sales have certainly played a part in fuelling this growth, but the story does not end there. In fact, our data suggests in-store takings are also higher in shops that have an ecommerce channel. Across the board in-store sales among digitally-enabled businesses grew at a notably faster rate (+2.06 per cent) than their bricks and mortar only counterparts (-0.09 per cent) last year.

Far from killing off traditional high street businesses, easy access to technologies like ecommerce is helping small business owners to reinvent their relationship with customers by being there for them whenever, and wherever they need them. In return, shoppers are rewarding these digitally-enabled businesses with greater loyalty, which translates into higher footfall in-store.

Shop owners might fear that digital will require a hugely expensive investment in technology and supporting systems. But even a little can go a long way, and as we reflect on passing the busiest shopping period of the year, a simple website, incorporating product descriptions and an online retail function should be viewed as a must-have for any small business owner with a presence on the high street.

It’s a mistake to think that online and digital are not relevant to small retailers, and that it’s enough to have a presence on the high street. The way people shop and interact with retailers has transformed in recent years – consumers see shopping as one experience whether online or on the high street. Failure to adapt and grasp this opportunity would be an error of Cretaceous proportions.

James Frost is CMO at Worldpay

Analysis of year on year growth in the number and value of card transactions processed by Worldpay among a cohort of 20,000 UK businesses which have taken payments through Worldpay since 2015 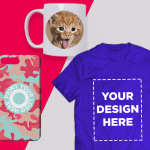 Since its launch in 2012, San Francisco-based precommerce platform Teespring has transformed entirely to become a business with over half a billion dollars in funding from VC giants. 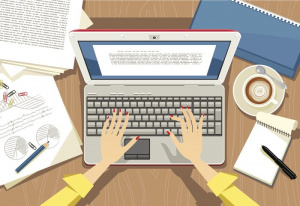