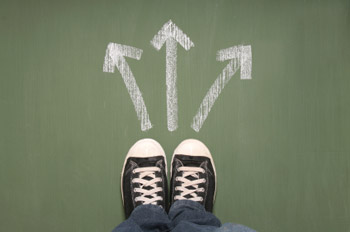 Share via
The requirement for independence often causes dilemmas for directors. In the real world, directors may owe their appointment to a significant shareholder ? a particular issue for directors of family companies, subsidiary companies and joint ventures. Or they may be executive directors with a direct report into the CEO ? hence they depend on the goodwill of their boss for continued employment as a senior manager. These alternative loyalties may conflict with their ability to decide independently as board members in the best interests of the company. A director may also feel compromised by his/her own personal interests. For example, s/he may be a shareholder of another entity with which the company is doing business. Or a family member or friend could be adversely affected by a boardroom decision, which again could cloud the judgment of the director As a rule of thumb, external interests which could impact on a director?s impartiality, or from which they could extract personal advantage, should be disclosed to the rest of the board where there is any semblance of doubt. The other non-conflicted board members can then decide how to resolve the dilemma in the best interests of the company. There can also be dilemmas associated with personalities around the table. If a board is dominated by a like-minded group of power brokers it can reduce the ability of others to put forward their own, independent, point of view. This will leave the board vulnerable to the dangers of ?group think? where decisions are ill-thought through and not subject to sufficient scrutiny. For this reason, it is vital to develop a process for board development, evaluation and renewal which allows for on-going director training to support the presence of diverse skills and experiences on the board. Which brings me on to my final point ? the importance of a strong moral compass in also helping directors to overcome ?dilemmas?. As our late Chairman, Dr Neville Bain, once said, ?Legislation, regulation and codes of best practice can only go so far in shaping behaviour inside the boardroom.? The value of a director?s integrity in discharging their duties cannot be understated. While there are some moral absolutes in business, some things that are clearly wrong (fraud), there are grey areas too. When do tactics to beat the competition become ?dirty tricks?? When does tough negotiation become bullying? Effective directors are more often than not guided by strong and clear values, which are embedded at all levels of the organisation.  The idea, for example, that principles hold a business back, or that business people must push moral boundaries to make money, is not borne out by business history ? a strong moral compass has built many strong businesses including John Lewis, Arup, and more recently Innocent Drinks.  The most enduring business models are invariably guided by solid values that command loyalty and respect. Dr Roger Barker is director of corporate governance and professional standards at the Institute of Directors.