The Tax Justice Network, a “tax transparency” lobby group, has recently published an opinion debunking the idea that directors have a duty to avoid tax. From a legal perspective, the idea that directors have a positive duty to avoid tax is a rather novel one. And it isn’t a duty which many advisers would have considered directors were subject to in the first place. So the suspicion is that the Tax Justice Network has set up a target to knock down.

There is certainly no duty on directors to maximise profit. Neither the common law nor statute has ever suggested any such obligation. The overriding duty of directors is to act “in the best interests of the company for the benefit of shareholders” which may well, among other factors, mean sacrificing short term profit in what the directors judge to be the medium or long term interests of the company.

The management of any organisation, commercial or not, involves a balancing of a variety of competing questions and the making, daily, of a series of judgements both large and small. Depending on the nature of the business, the preferences of individuals, the wider economic context, the specific market and the level of ambition a range of possible outcomes are legitimate on most questions.

The extent to which a company does or does not positively set out to mitigate its tax burden and how aggressively it does so is just one of those questions. In a SME which is not subject to market scrutiny and does not, perhaps, need to benchmark itself against perceived competitors in quite the same way as public companies, there is to my mind no need at all for the directors to positively adopt tax avoidance techniques.

In many cases those directors will also be the shareholders. Clearly they will want to claim all available allowances. They are also likely to want to extract profits in a way which minimises rather than maximises the tax they pay as directors. But long term sale value may be their primary aim.

It is only prudent to plan your affairs with tax in mind and, undoubtedly, the complexities of the modern tax system put sound, professional advice at a premium. But SMEs must beware the sharks in the pool. How much energy do the directors have and where do they think it is best directed? For many, if not most, I suggest that focussing on the management and development of the business is often how time is best spent.

Tax avoidance schemes can often either prove illusory once HMRC catch up with them or the law is changed to stop them. Unravelling or reversing out of the structure is often impossible or disproportionately costly. SMEs can find that ever more elaborate structures and professional advice (and fees) are then needed to mitigate the implications of the now outlawed structure.

Added to that are the implications on a sale of the business. Very often on the sale of a private company, tax avoidance structures will come under detailed buyer scrutiny. The buyer will not want any risk at all and the sellers will have to give indemnities against any adverse implications of the structures adopted. But, of course, the sellers are losing control of the entity which implemented the structure. This can prove a difficult circle to square. In most cases sellers have to swallow hard, give the indemnity and cross their fingers.

I’m not advocating company directors hurl cash at the HMRC. But I do recommend they pause for thought and ask: how much does legal tax avoidance save the company in the long term, and what are the possible implications? What am I getting into here? How will I get out of it? Do I want the attention of HMRC that such a move will potentially attract? Tax avoidance is something which I have seen a lot of clients repent of at leisure. There is no inherent benefit in inertia – but SME directors would be well placed to pause before acting in haste.

Jonathan Thornton is head of the corporate and commercial team at Russell-Cooke LLP. 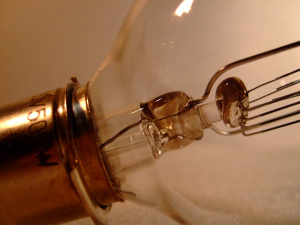 Breaking down the barriers to innovation is as simple as ABC 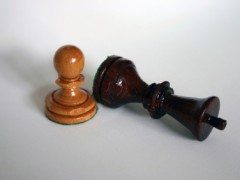