With Black Friday 2017 looming, UK shoppers are expected to spend £7.8bn over the four-day period of discount deals dubbed Cyber Weekend, according to a study from VoucherCodes and the Centre for Retail Research, a seven per cent rise on last year.

A quick online search of Black Friday 2017 and it will fire up all manner of articles telling you about how to get the best possible discounts. A search of images from previous years and you may find a gallery of supermarket scuffles – yep, looking at you for the latter, Asda.

Although spending will be on the increase this year, is it time that Black Friday stood for something else? Jess Dalton-Moore of design consultancy JAB Marketing thinks so – in fact, she’s getting fed up of the Cyber Weekend craze.

“As both a marketing strategist and a consumer, I am becoming totally desensitised to so-called Black Friday sales. I think most savvy consumers these days recognise that Black Friday deals are not always what they seem as well,” she told Real Business.

“They’ve been fobbed off too many times by retailers dragging out last season’s stock and declaring ‘one day only, last chance, sale of the century,’ only to see the same products advertised a few weeks later at the same ‘special’ price.”

Dalton-Moore suggested that companies should refocus and determine what the gain is rather than what a promotion can save.

“They need to get creative by making Black Friday about something special, different and compelling. Instead of trying to compete on price, they need to create urgency in a more positive way,” she said.

“For the past couple of years, Fat Face have ran their Thanks for Giving Campaign where ten per cent of its on-the-day sales were donated to local causes. This is a great example of how companies can break the mould and stand out in the noisy and crowded Black Friday competitive space, focusing less on price and more on value; it’s a win-win.”

Seemingly Dalton-Moore isn’t the only one thinking about making a positive impact for Black Friday 2017. After all, what started as a US shopping bonanza does take place after the country’s Thanksgiving holiday.

Entrepreneur Damien Lee, the owner of Mr Lee’s Noodles, has a lot to be thankful for. In 2014, Lee was given four weeks to live after a cancer battle reached stage four, but he has since made a full recovery.

The illness made him rethink his diet, which meant cutting out his love of instant noodles, something he believes aided his return to health. Inspired by this, he developed a healthy batch of noodles to act as an alternative, resulting in a new business in the process.

The products can be found at vending machines and online, and it’s sales from the latter that Mr Lee’s plans to disrupt for Black Friday 2017 with the creation of a campaign called Noodles versus Cancer.

So for one whole week, 20 per cent of all sales from the Mr Lee’s website will be donated directly to a charity local to the company, the Bournemouth Leukaemia Fund.

In the company’s pitch, it says: “Black Friday. A day when people around the globe join in spirit to convince themselves it’s totally fine to buy a new TV and that the one they bought last year is just far too old now. Shop managers worldwide barricade themselves in their offices, watching as their staff are consumed, one by one, by the general public.

“The phrase ‘it’s not a bargain if you don’t need it’ goes straight out the window, and bank accounts everywhere cry in fear…

“We’re not about that. This year we’re turning discount culture on its head, and doing something entirely different. This campaign will continue for one week, whilst we make as much noise as we possibly can in order to raise money for the charity.”

Lee believes his Black Friday 2017 initiative will take his story, and the creation of the business, full circle. The Bournemouth Leukaemia Fund is situated at the hospital where he was first treated and all money raised will fund staff, equipment and research to elimate cancer.

Elsewhere, sharing economy company TrustedHousesitters is giving back to its customers for Black Friday 2017, rather than calling upon them to empty their wallets – the tradition the day signifies.

With the team working from midnight on Black Friday for a period of 24 hours, TrustedHousesitters staff will dish out £100,000 worth of free memberships to 24 new lucky customers from across the world.

A handful of employees will sacrifice their ability to go on a Black Friday spending spree, instead, they will stay awake for 24 hours and choose one winner every hour as part of a random draw, which will be livestreamed.

Powered by coffee, Jess Stephens, CMO at TrustedHousesitters, will be fronting the day-long giveaway.

“By staying up for 24-hours we can make sure pet and travel lovers around the world have a fair chance of winning. We’ll be able to contact our new global members live, in time zones all around the world, to tell them they have lifetime memberships. We’re all really excited about telling them this news,” she said.

“Membership to TrustedHousesitters costs £89 a year, so those chosen will save thousands of pounds while gaining a lifetime of access to the homes and pets within our growing community.

“We have nearly half a million members now in 150 countries who tell us we’ve changed their lives, giving them a way to travel the world, staying in homes for free to take care of pets so that other animal lovers like them can travel with peace of mind. With the majority of our members renewing every year, we felt this was a great way to give something back.”

In addition to supporting its customers, TrustedHousesitters will also contribute to a charity close to its heart – Battersea Dogs and Cats Home.

“Our goal is to raise as much money as possible for Battersea Dogs and Cats Home while doing something very different for Black Friday – giving something valuable away for free,” said Angela Laws, the firm’s social media manager.

£1 from every new sign-up on the day will go the charity, while TrustedHousesitters is also running a Virgin Money Giving page where people can sponsor the 24-hour crusade, with donations supporting organisations chosen by the team.

Elsewhere, Black Friday 2017 has been given a new name entirely by one company – Crap Friday.

Tyndrum-based The Real Food Café will stand – or squat – against Black Friday 2017 by raising funds with Crap Friday, which will support sanitation charity Toilet Twinning.

It’s the second year running that the business has backed the charity, with this year’s campaign launched on Sunday 19 November, World Toilet Day, coming to close on Black Friday.

A series of muffins with a squatting individual in icing on each cake will be priced at £2.85 each, with £1 from every sale going towards Toilet Twinning. A Real Food Café Mug can also be bought for £7.50, with the customer receiving a free muffin, which will result in £2 for the charity.

“Most of us take having a clean toilet to use for granted but one third of the world’s population don’t have somewhere safe to go to the bathroom,” said café owner Sarah Heward.

“The cost to build a toilet and install proper sanitation to a community is just £60 and last year we twinned all the toilets in the café with a toilet in Malawi through our fundraising. This year we hope to continue to help flush away poverty; and when better to help others who have nothing than a day when we’re encouraged to overspend on ourselves.” 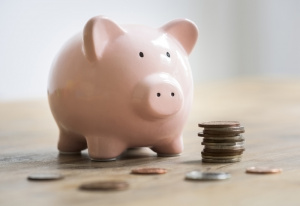 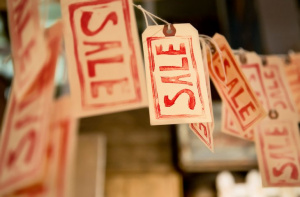 The ultimate unethical mess: Why I don’t believe in Black Friday sales