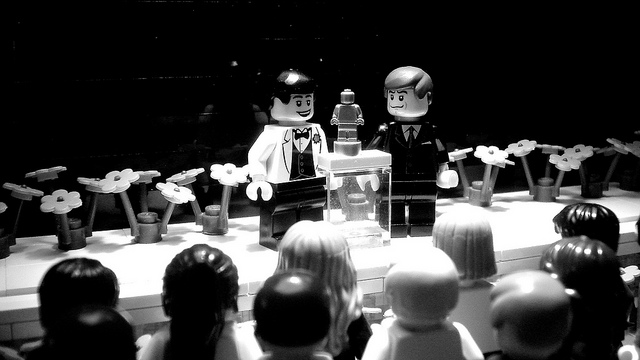 Arguably, the movie business has its ups and downs during the year, much like the performance of the stock market.

CMC Markets chief analyst Colin Cieszynski explained that, when it comes to the stock market, over the last quarter-century the Dow has started out slow, rallied in March through May, having a correction between June and mid-October (except for a July bounce), and then finishing the year strong. In the entertainment sector, the summer blockbuster season runs from May through August and the holiday blockbuster season runs from November through January. The sector also tends to attract a lot of media attention in January and February during awards season. Results show that movie related stocks have on average tended to start out the year very strong on awards related buzz, outperforming the Dow in January and February. March, however has seen a bit of a letdown for the sector after the awards season wraps up, showing a brief post-Oscar flop. Returns have historically ramped up again ahead of the summer blockbuster season. Read more about the Oscars: What is strange, however, is the fact that the biggest time of year for the movie box office, is also the worst year for movie stocks. In fact, they’ve even been known to underperform during this time. This summer swoon could be due to a combination of factors, including stocks rallying on anticipation of big summer releases then seeing profit taking once the tent poles are out, selloffs on concerns over the impact summer flops could have on earnings and traders looking ahead to the traditionally slower fall season,” said Cieszynski. Movie stocks have tended to outperform in an October rebound ahead of the holiday releases and perform pretty much in line with overall market performance to finish the year. But although the overall sector has historically underperformed the market in March, individual studios have acted differently and some of them do appear to experience a post-Oscar pop. Its important to note that some of the studios are buried in larger conglomerates with the film business return mixed in with broadcasting, cable, consumer electronics and other operations. Since the beginning of the year, studios have seen a mixed bag of performances. While Imax, Lions Gate and Sony have seen a consistent few months, Disney and MGM have seen a fairly uneven quarter. Like always, Time Warner, Fox and Paramount started off slow before picking up in February and March. But Comcast has seen the weakest performance. Heading into the spring, some of the companies that have historically outperformed in March then retreated in April on average like Lions Gate while some of the weaker March performers have then rebounded into April and May, particularly Disney,” said Cieszynski. A summer selloff then has historically started for most Studios in June and continuing through July and even longer in several cases. By September after the Toronto International Film Festival kicks off the run into the holiday season, many of the studios have started another advance that has carried through the end of the year and into award season once again.

But, more importantly, how does an Oscar win impact their share prices Read more about share prices: It seems that the market has always responded well to winners. Take, for example, 21st Century Fox, who previously performed better after its 2009 Oscar win. This led to an increase of nearly 20 per cent gains. But in 2014, the studio lost almost 4.6 per cent in March. This was followed by the big-budget reality TV disaster known as Utopia. But somehow the studio still managed to gain positive returns. Overall, this years slate of nominees favours market bulls (Warner, Fox, Weinstein, IFC), while bears may find themselves rooting for Paramount and Universal. Sony has not taken the big prize in the last 25 years, so it’s unknown how the market would react to them,” Cieszynski noted. And this year, Fox could get another kick at the can with two of this years eight Best Picture nominees. Warner, Paramount, Universal and Sony are also in the running with one nominee each. By Shan Schutte Image source