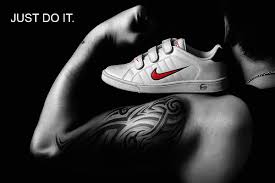 Frank Germann, part of the department of marketing at the University of Notre Dame’s Mendoza College of Business, recently explained his latest research – that while superior materials, craftsmanship and design certainly helped products in terms of performance, would the mere belief that a brand was effective at enhancing performance actually improve performance objectively?

Alongside researchers from different universities, Germann conducted several experiments to determine if there was a placebo effect. In one study, they invited participants to try out a new golf putter. “We asked participants to complete putts on a putting green from three predefined locations with the new prototype,” Germann said. “While half were told they would be using a Nike putter, a strong performance brand, the rest were not told what brand they would be using. However, we gave all participants the same putter.” The researchers also invited participants to take part in a math test which used the same technique used in the prior study. The participants were told they would be wearing a pair of foam ear plugs during the math test to minimise distractions and improve concentration. Each participant again received the same ear plugs; however, while half were told the ear plugs were made by 3M, the other half did not know which brand they were using. The results were the same. Participants who thought they had a Nike golf putter in hand, on average needed fewer putts to sink the golf ball. Likewise, those who thought they wore ear plugs made by 3M got more questions right. Read more about Nike’s use of marketing: “Our results indicate that strong performance brands can cause an effect that is akin to a placebo effect,” Germann said. “Our results also suggested the use of a strong performance brand caused participants to feel better about themselves when undertaking a task – that is, to have greater task-specific self-esteem. This higher self-esteem lowers their performance anxiety which, in turn, leads to the better performance outcomes.” However, not everyone benefits equally from the performance brand placebo. The effect is strongest among people who are novices in the respective task, such as golf putting or math tests, whereas experts receive little or no boost.  Germann explained that those who were inexperienced had more self-doubts and performance anxiety that the brand helped to alleviate, whereas experts already had high task-specific self-esteem and low performance anxiety when undertaking the task. But simply being prestigious is not enough for a brand to elicit a placebo effect. The brand needs to be perceived as capable of improving performance in a given task. “For example, we found that participants who were told that they we going to putt with a Gucci putter, a prestigious brand but not a performance brand, did not do better than those who did not know about the brand of the putter, while those using the Nike putter performed better than both groups,” he explained The results indicate that performance brands can improve consumers’ athletic as well as cognitive performance, and that brand managers should emphasise the performance characteristics of their brands and position their brands on relevant performance dimensions. “Ironically, our studies also indicate that consumers do not typically credit the brand with the performance gain, but rather themselves,” Germann said. “This finding provides an interesting paradox for brand managers who would likely desire some of the credit for the benefit their brands provide to consumers.” Aside from improving the performance of customers, there are other ways, according to a Real Business article by 1HQ CEO Mark Artus, that businesses can stand the test of time.