These smaller companies are our major source of employment growth, exports, and innovation. But despite the fact that this understanding of the significance of the SME sector to the UKs economic well-being, small businesses continue to be poorly handled by Government (particularly HMRC), by the high street banks and by large corporates.

On the same day Real Business dealt with the story about the CBI calling for more equity funding in SMEs there was another item about the damage caused by late payment; mostly between large corporates and their SME suppliers. Finally despite repeated attempts to encourage Banks to expand their support to this sector, overall bank lending to SMEs continues to fall.

The common thread that runs through all the problems that afflict SMEs is a misunderstanding about what they need to generate growth and prosper. SMEs do not need more equity funding, bank lending, mentoring, grants or any of the other panoply of support packages available. What they need is business, and in particular significant contracts which are transformational; i.e. they are large in relation to the size of the SME.

It is in securing and delivering such contracts that SMEs generate their own growth and their own internally generated capital. They also learn all the hard lessons which will serve them best when they move on to the next and bigger contract; including how to ensure they get paid on time! All the other support mechanisms available follow this primary requirement. Small businesses need business!

But here’s the dilemma. Most SMEs would crawl over broken glass to deliver on a contract for a blue chip corporate. By contrast the usual suspects that many major corporates (inc. Government) award contracts to (large consultancy houses, other big blue chip companies etc.) regard small contracts as uneconomic.

Therefore these usual suspects spend their time trying to work up a small (£1m to £5m) contract into a more significant commitment. We all know how this works – get the client to change the spec, ‘shoe-horn’ work from other contracts so that they appear to fit this requirement etc. No innovation, no value for money and no commitment to deliver the contract. The client gets creamed, the contract work is poorly delivered and the SME loses out again.

If the SME succeeds (as when given the chance, they almost always do) then its business as usual. However if they fail they someone’s neck is on the line. The same is not true if a large company fails to deliver on a contract (which they do!).

There are some notable exceptions. Francis Maude in the current Government is an active supporter of using SMEs in Government because he understands the savings which can be made by doing so.

There are also a few enlightened corporates who understand the benefits in both innovation and value for money that SMEs can bring to their supply chain. But generally in the UK we still have a cultural aversion within businesses to increased use of SMEs.

My challenge to the UK corporates and to large parts of Government is simply to let more contracts to smaller businesses. Your performance will improve, the SME sector will be healthier and the UK economy will benefit for all of us.

Ernie Richardson, of Eastwood Langley, is a venture capital practitioner and commentator. 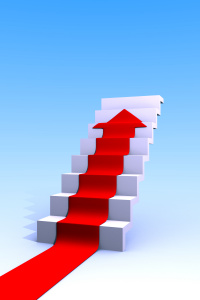 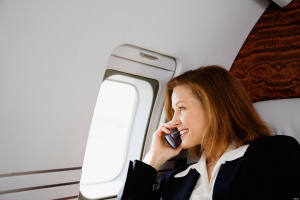