The digital sector has become increasingly important to the North and has experienced a flux of growth over the last five years. But during this time, when workers are most needed in the sector, companies are finding it hard to find employees that tick all the skills boxes.

“Ask anyone running an IT business or a business where IT is central to the product/services, and they will quickly mention the difficulty they have in finding people with the right digital skills,” said professor Alan Woodward.

“Not all computer related degrees really teach the right mix of subjects to make graduates attractive to employers. There is a wide range of employment levels among graduates from the many universities offering computer science degrees.

“The evidence suggests that universities offering computer science degrees with modules that focus on hot topics (such as security and cloud computing), as well as those who offer degrees that specifically cater for those entering the software development industry perform well where it comes to graduate employment. Add to this the experience students can gain from industry placement years and you will find a university where the vast majority of their computer science graduates are employed within six months or are furthering their knowledge with postgraduate study.”

The severity of the issue was further echoed by Microsoft director of corporate affairs Hugh Milward: “In the software industry alone there are 20,000 graduate vacancies a year, and only 7,500 computer science graduates to fill them.”

But the skills gap is, however, partially attributable to a lack of education. With all the focus that has been placed on STEM subjects and IT by the government, it’s hard to imagine that advice could be the problem. However, an O2 study found that parents and teachers, of which often don’t understand themselves, fail to reflect the needs of the market.

In fact, one in ten parents discourage their children from pursuing digital jobs.

This is something that independent trade association Manchester Digital has been trying to combat.

Around 1,500 students and 150 businesses attended their most recent four day event which aims to combat the growing skills shortage by bringing together students, organisations and businesses to discuss the issues facing the North’s digital sector.

A number of those interviewed highlighted worries around the lack of emphasis placed on digital careers by schools, colleges and universities, with many suggesting lessons in digital technology should be started from a younger age.

Managing director at Manchester Digital, Katie Gallagher, said: “‘The Digital Skills Festival has been a huge success again this year and we’ve had excellent feedback from the region’s students, businesses and employers.

“We’re aware of concerns surrounding a possible skills shortage so are doing everything in our power to bridge this gap by educating students on how they can develop a career in this industry. While we don’t have final figures yet, it’s expected that the festival will have helped place over 100 people into jobs.” 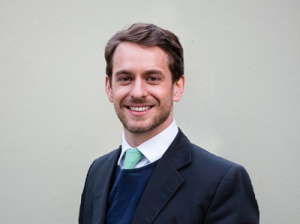 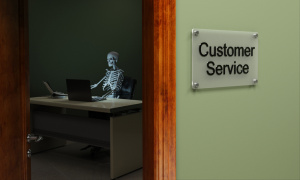