Competition for good quality candidates is fierce. The number of agencies has increased and more jobs are available for fewer well-qualified candidates. With a number of jobs to choose from, the candidate really does hold all the cards in the relationship. Faced with multiple options, increasingly candidates seem to be suffering from commitment phobia.

Some ten years ago, the recruiter could send a candidate for an interview and know that they would attend. They could place a candidate in a role and know that they would start the job on the appointed day. More recently, this certainty has broken down. It is common for candidates to simply fail to attend an interview without warning or good reason. Worse still, candidates are accepting job offers and failing to show up on day one.

An ageing population will create four-generation offices where staff in their 70s and 80s work alongside those in their 20s, according to a study by the UK Commission for Employment and Skills. But each generation has a very different approach to the workplace. Younger workers, some with unrealistic expectations arising from reality TV shows such as The X Factor and Big Brother, display less loyalty to their employers than previous generations. The vast majority of Generation Y employees do not plan to stay with any employer for more than five years and 37 per cent plan to stay no more than two years, according to London Business School’s five-year survey of participants from its Emerging Leaders executive education programme.

Social media and digital communications now dominate and this trend has had a real impact on candidate loyalty. Ten years ago a recruiter had to pick up the phone and speak to a candidate, or have someone come into their office. There was a lot more personal interaction simply because so many people still didn’t have a mobile device. Now, most people have smart phones, allowing them to not only call and text but also interact with social media continuously. Recruiters commonly use social media to communicate with candidates, but the lack of a personal approach is contributing to a situation where the candidate doesn’t feel uncomfortable with letting the recruiter down.

Although senior recruiters were brought up using computers, they did not grow up with the always-on social media connectivity that typifies the digital natives of the generation now entering the workplace. In a well-intentioned effort to meet candidates on their home turf of Twitter or Facebook, recruiters are adopting social media and digital communications to reach candidates who may never have encountered a well put together cover letter or a professional email.

However one study, “Gen Y vs. Gen Z Workplace Expectations“, revealed that contrary to the assumption that younger workers want constant connection to technology, a majority of Gen Z (age 16-20) respondents say they prefer in-person communications (51 per cent), as opposed to emailing (16 per cent) or instant messaging (11 per cent).

This is likely because they are coming to realise that these are the only methods that will get their attention and cut through the noise of hundreds of tweets and notifications from WhatsApp, Messenger and Instagram. At the other end of the spectrum, skilled and experienced Baby Boomers – entering their 50s and 60s still with many years of working life ahead of them – may not respond well to recruiters contacting them using digital communications.

The recruiter needs to engage with different types of people based on their communication skills and preferences. It is no longer possible to work with everyone in the same way because there is a communication chasm between the typical college leaver and the typical person in their 60s. If recruiters get stuck in a rut with the way they communicate, they will miss out on some great candidates. The best way forward is to ask candidates how they prefer to be contacted, while allowing for the fact that young people who state a preference for SMS will also benefit from a follow-up phone call.

The recruiter must build a stable relationship from the outset by communicating with candidates in a way that builds loyalty. Recruiters texting candidates and asking them to text back if they are interested in a job have become their own worst enemies. It is human nature to mirror the nature of communications you are receiving.

So if candidates get a quick throwaway text they will respond by text, or not at all. If they receive a personal phone call and get to “know” an individual recruiter, that is the start of a relationship. The next step is to meet the candidate face-to-face, to consolidate the relationship. That way candidates will care a little bit more about letting the recruiter know if they can’t attend an interview.

Another route is to add value to the recruitment process. Offer free webinars on “great interview techniques” or “how to make your CV stand out above the rest” and people will later remember that you provided something they learned from.

Of course, if the salary and benefits are inadequate for the role, recruiters are likely to see poor candidate engagement. The recruiter has a role to play in encouraging the client to ensure they are offering the best package in order to attract and retain candidates in an even more competitive marketplace. Additionally, above and beyond the standard benefits package, the recruiter can introduce recognition initiatives that set it apart from the competition, such as remembering candidates’ birthdays with cards and small gifts.

A lack of candidate commitment has serious ramifications for recruiters who stand to lose clients as a result of poor candidate performance. If recruiters expect candidates to be loyal and committed then recruiters themselves need to demonstrate commitment to candidates and communicate effectively and appropriately to keep candidates onside until the successful conclusion of the placement process and beyond.

Finding talented employees who can drive your business forward is no easy task. Recently however, the difficulties faced by recruiters have been compounded by the digital skills gap, which shows no sign of abating. With that in mind, we’ve got seven suggestions to make the hiring process easer. 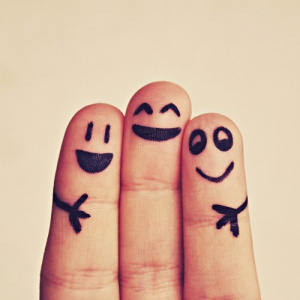 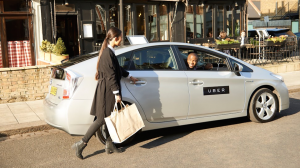 What does the “fourth industrial revolution” mean for Britain’s businesses?