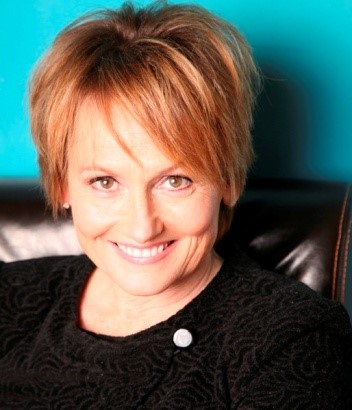 We asked Anna Mazzone, Global Head of KYC Managed Services at Thomson Reuters, what women can do to help themselves. ?I think women find it difficult to advance because it requires us to position ourselves in work environments that may feel uncomfortable and aggressive to us. It also requires shifting our mind-set to take responsibility as a leader and that is not something that may come naturally to many women.?  ?Women who are in leadership positions should focus on ensuring their teams are gender and ethnically balanced. Additionally, teams that are diverse in experience make better decisions and, ultimately, the business will become more successful.?

During Facebook COO Sheryl Sandberg?s recent interview on the US television show 60 Minutes, Sandberg said that ?one reason there are fewer women in top roles than men is because women hold themselves back.? She explained that she?s not blaming women. She?s trying to get them to recognise this behaviour and identify why they don?t speak up for themselves.

This was a theme echoed by Anna Mazzone, when asked if she had a defining moment when she felt her confidence grow as a leader. ?I am the leader of one of the largest new business launches that Thomson Reuters has initiated in many years. I made the decision that I have to demonstrate confidence in myself and in the business we were building, and requested to take responsibility to be the leader of the business.  “It was the biggest risk I have taken in my career. I have spent too many years of my career asking for permission to do things or waiting for someone to ask me. I decided to step out ? how would they know if I didn?t ask? It has paid off. I have grown immensely since taking that step.?

The debate on quotas for women on boards has gained huge traction in recent years. Cranfield University?s 2013 The Female FTSE Board Report found that the voluntary target of 25 per cent set by the Lord Davies report had helped achieve a one-third/two thirds ratio of female to male appointments. This target is on track to be met during 2015 but only if the previous momentum in female appointments is regained in both the FTSE 100 and 250 companies.

Anna Mazzone is in favour of quotas and would be in favour of the government implementing a quota requirement for a defined period of time. “I think if we see gender diversity in the boardroom, we’ll see the value that forcing women into leadership positions will bring. It’s impossible to discuss in the abstract whether or not something that can change the face of leadership, and has never been tried, will work.”

Diana Nye, Partner at Hunter Gibson said, ?We support this approach and encourage our clients to follow suit. We are committed to promoting the employment and empowerment of women executives at board level through search best practice and gender balanced shortlists.?

Hunter Gibson is proud to sponsor and support the First Women Awards, particularly the media category. Remember, today is your last chance to nominate someone truly spectacular!