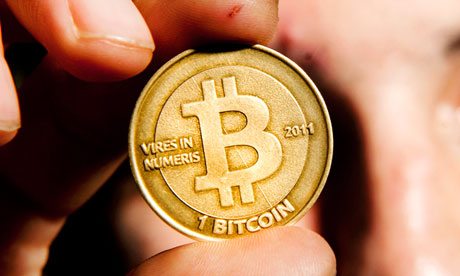 It?s too early to tell whether Bitcoin and other cryptocurrencies will succeed, but the internet is no stranger to facilitating dramatic changes in business fortunes, so we?ll probably know soon. Meanwhile, HMRC is analysing how to tax Bitcoin transactions.

The growth of Bitcoin has raised concerns about volatility and lack of transparency, and fears it could be used for tax evasion and money laundering.

Lack of awareness of crypto currencies such as Bitcoin and concerns about fluctuations in value mean that Britain is low in the international league table for Bitcoin transactions. But until basic tax ground rules are clear, it isn?t possible to define and quantify avoidance or evasion.

What is the UK tax position of Bitcoin?

Currently, the UK levies VAT at 20 per cent on purchases of Bitcoins. UK-based traders have threatened to move abroad as this makes their businesses unprofitable. HMRC is considering alternative treatments on the VAT front, which could see VAT levied only on commissions charged by the cryptocurrencies? trading exchanges.

On the direct tax side, existing rules will be used to calculate income or gains arising from cryptocurrency transactions, and calculate the tax payable.

For investors in Bitcoins, the sterling equivalent of gains made in any tax year will, where exceeding the annual capital gains tax allowance of ?10,900 (for 2013/14) be chargeable at 18 per cent to 28 per cent.

Bitcoin miners and internet traders accepting Bitcoins for goods and services will be taxed on profits, with fluctuations in the value of the cryptocurrency reflected in the profits on which UK taxes are payable.

Internet gamblers using Bitcoins should be exempt from UK taxation because HMRC doesn?t regard gambling and betting as trades. However, internet gamblers maintaining cryptocurrency stockpiles will be chargeable to UK capital gains tax on the sterling equivalent of gains in their stockpiles.

For most people who are resident, ordinarily resident and UK domiciled for tax purposes, current tax rules provide a reasonably clear framework for bitcoin transactions. For individuals not UK domiciled, the situation is less clear because of legal uncertainties about where Bitcoins are actually situated.

Once the VAT position is clarified, the UK could be one of the first countries to have a coherent framework for taxing Bitcoin transactions. We then expect HMRC to mount a campaign reminding those using cryptocurrencies to declare tax liabilities.

For HMRC, the secrecy of the internet may be a real problem in masking tax evasion. Will they pitch their web-bots against the cryptocurrencies? security systems to identify regular UK-based users who might have something to declare?