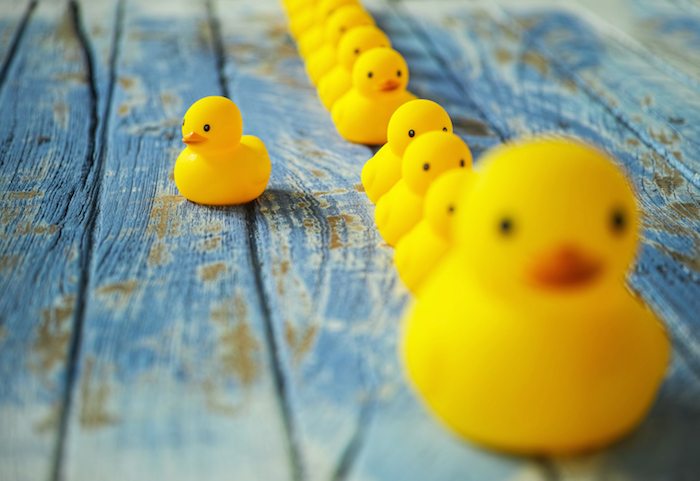 Share via
That’s a bold statement to make, but I passionately believe in it, and more importantly, I have seen it have a profound impact in thousands of companies of all shapes and sizes. If you want to accelerate and fast track the success of your business, and build sustained high performance, you should look to develop leadership. If you’re a sole trader, leadership and management responsibility probably sits with you. If you’ve got a small team, it is more important than ever as you need every single one of your people aligned and performing at their peak. If you run a much bigger organisation, creating consistency and building strength at every level is critical to succession planning, creating the stretch, and the capacity to grow your business.

There are usually two distinct groups of people: leaders and followers. The leader-follower structure has been with us for generations and is perpetuated through organisations to this very day. A hierarchical, command and control structure with decision-making from the top is what we know, and for good reason. Throughout history, many achievements have been accomplished through the leader-follower model, and it has enabled people to garner success in their chosen field. This makes it hard to give up. In our modern world, the most important work we do is cognitive, and the leader-follower structure just isn’t a good model for intellectual work. Differing motivations and aspirations, particularly from one generation to the next, only exacerbate the problem and demand an alternative approach. People who are treated like followers have the expectations of followers and act like followers. That means they have limited decision-making authority and little incentive. Those who take orders usually run at half speed, under-utilising their imagination and initiative. In a leader-follower model, all decision-making defaults to the leader and therefore the organisation gets squashed, constrained, and contracted, reducing the headspace to grow the organisation. It can be particularly challenging when the leader is exceptionally charismatic, or worse, when they’re an out-and-out autocrat, because the ability of people to shine is increasingly limited over time. The performance of the organisation is closely linked to the ability of the leader at the top, so inevitably there is a natural tendency to develop personality-driven leadership; an approach that might deliver short-term results, but will never allow you to build a high performing, sustainable, legacy organisation.

A leader-leader structure is fundamentally different from the leader-follower model. At its core is the belief that we can all develop leadership, and in fact, it’s best when we do. It not only achieves great improvements in effectiveness and morale but also makes the business stronger. Critically, these improvements are enduring, decoupled from the leader’s personality and presence. Leader-leader structures are significantly more resilient, and they do not act as if the designated leader is always right. Further, leader-leader structures naturally spawn additional leaders throughout the organisation. It’s a force that can’t be stopped. Designing a culture intended to specifically develop leadership does not happen overnight. It takes focus and commitment, and requires consistency of thought and action. It operates from a solid core of personal ownership, each individual taking responsibility and accountability for their actions and results; where everyone thinks, feels, and acts like it’s their business, regardless of their job title, office, or place on the hierarchy. Which are you building in your organisation? Do you have a leader-follower structure based on short-term results or a leader-leader culture for a high performing, sustained, legacy organisation?