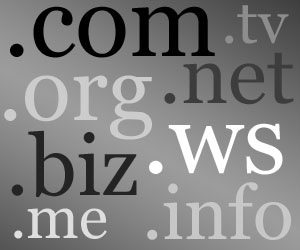 And we’re about to find out the answer, because after all the hype and excitement, many of the new domains are undergoing a final review before launch – most likely at the beginning of 2014.

Despite widespread disbelief that anyone would want to spend so much on securing a Top Level Domain and then pay additional costs to maintain it, ICANN received no less than 1,930 applications from companies including Google, Amazon and Canon. The £111,797 price tag secures them ownership to every domain under a TLD, giving brands the option to get their own brand as a TLD, e.g. .youtube, or a more generic TLD such as .camera. Some, like L’Oreal opted for both. The French company applied for .loreal as well as .beauty and .makeup. Initially, 1,930 applications might not sound like a lot, but what this statistic doesn’t take into consideration is the number of users that have already shown interest in domain names under those new gTLDs. As of 30th September, United Internet alone had 3.4m pre-registrations, demonstrating a real interest in the new gTLDs. It’s certainly created something of a hoo-ha, not just because of concerns about trademarking, but also because brands – even those who have applied for a new TLD – don’t know how consumers will react, or interact, with them. Whilst consumer awareness at the moment about the upcoming changes might be low, that is set to change when some of the biggest brands in the world unleash the marketing campaigns for their new online homes via digital, print, TV and radio. Will the new gTLDs supersede existing ones in terms of consumer preference? And if they do will existing trusted domains still cut it? Well, yes and no. Just because you don’t have an .anything domain doesn’t condemn your business to bankruptcy as .co.uk and .com domains aren’t going to disappear over night. But equally, brands should still care about how they build value in their online real estate. The world is moving towards greater personalisation and in many ways the new gTLDs, which provide more naming options, are the online manifestation of this trend. In fact, attendees at the recent Digital Marketing and gTLD Congress in London told an Afilias poll that they thought the new domains would be so influential that they would be more effective at engaging customers online than social media sites. How wonderful you might be thinking, but I don’t have a spare £111,797 hanging around in lose change. Well the good news is that you don’t need to thanks to the ever-increasing volume of pre-registered domain names associated with each new gTLD. This means that as the new gTLDs become available, not only will they bring with them more naming options but also more realistic pricing. For example, when Vine wanted an Internet address back in 2012, it found that Vine.com was on the market for £302,152, so it opted for the much more cost effective .co extension launched in 2010. Today when you search “vine” on Google, the first seven organic results are for or related to Vine.co.   Companies don’t have to panic and start buying multiple domains, but what they do need to think about is the importance of having a domain name that reflects their business and how the new top level domains can help them to be more innovative as a business. As Vine will tell you, there is a lot to be said to having the right domain name. Kathy Nielsen is VP of Business Development Registry Services, Sedo. Image source