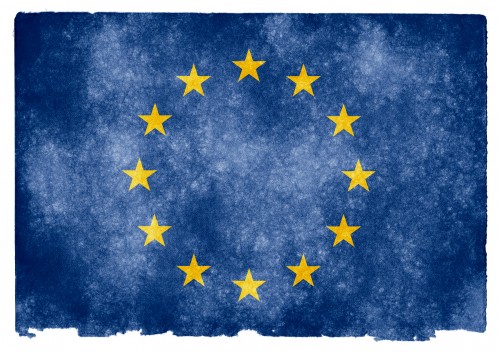 The argument that UK households will lose ?4,300 a year in the post-Brexit economy is misleading and specious, but so is the claim that we send the EU ?350m per week. Alastair Campbell claims that Brexit suits the agenda of the Islamic State; Boris Johnson compares the EU to Hitler.

Unsurprisingly, the language is no more sophisticated when it comes to British enterprise. “Remain” seems to believe that it?s an unequivocally good thing for business, while “Leave” seems to treat it as a tyrannical regulatory hydra that exists for the exclusive purpose of keeping the UK down. Obviously, neither is entirely correct. Where enterprise is concerned the EU is neither tormentor nor benefactor: establishing how you?ll materially benefit or suffer from the decision on 23 June is a more complex proposition than the politicians would have you believe.

?You can?t get something for nothing? is, as ever, a particularly apposite clich?. Continued EU membership will require certain sacrifices, and so will Brexit: it?s disingenuous to argue otherwise. Let?s begin with the biggest thorn in the Brexiteers? collective sides: the fact that almost half of our exports go to EU nations. By anyone?s standards, this is a significant proportion of UK trade, and it comes with certain perks: customers in member states don?t have to pay further taxes on British goods, and vice versa. There is, however, no suggestion that we will stop trading with EU countries. Read more about the Brexit debate: Ours is one of the largest and most powerful economies in the world: to cease a business relationship with the UK out of spite is in nobody?s fiscal interest. Norway, for example, has twice refused to join the EU, and it still enjoys healthy trade with the bloc?s member states as part of the European Economic Area. Naturally, our situation is different, and there is no assurance that we will receive the same privileges; renegotiation is also likely to be a lengthy, frustrating process, even if we ultimately come to an accord, and we would end up complying with EU standards indirectly if we traded with its members. Still, there may yet be rewards at the end of it. Consider the EU?s “red tape” ? a real burden for small businesses that is nonetheless often discussed in unhelpfully vague terms. Google?s Eric Schmidt has claimed that these regulations ?strangle digital innovation?, and the complaints are not limited to the tech sector. Businesses often take issue with VAT Mini One Stop Shop (VAT MOSS), which is there to facilitate EU tax payments, but an arcane registration process makes it harder for many to trade online. The Working Time Directive (WTD) is a well-intentioned measure that nonetheless frustrates many entrepreneurs. And yet, for all that SMEs may chafe against these rules, Brexit will come with its own administrative complications. If you hope to import talent from overseas, it will almost certainly take longer than it would have otherwise. We will also need to introduce regulation to replace things like the WTD ? because nobody short of a Dickens villain should want employees to work unhealthy, overlong hours ? and we will not benefit from beneficial measures like the abolition of roaming charges.

For all that issues of economy and governance affect business, the most pressing issue for business owners will be their access to finance. The EU does supply various business grants and funds, but these are generally under-utilised. The bulk of financing is done through banks: two-thirds of SMEs rely on access to this kind of capital, and it is anticipated that this is likely to continue in the event of Brexit. In the words of The Guardian?s Daniel Gros: ?There is no reason why leaving the EU would have a material impact on the availability of finance for SMEs.? Lines of credit will remain open, and are likely to remain so. Alternative finance providers are supplying ?5bn of funding already, and the government is set to increase SME exposure to the alternative finance market as they open up access to credit data held by the big banks this year.

The song remains the same

At the same time, we must acknowledge that Brexit will have an impact, at least in the short to medium term. We are not likely to see an irreversible downturn, but nor is it going to be an immediately and unambiguously beneficial development. The fundamentals of the economy, as Neil Woodford says, ?will be relatively unmoved?, but that does not mean they won?t be temporarily shaken. In the long-term, however ? and, being that we won?t be able to easily rejoin, it is a long-term decision ? your company will survive and thrive as it?s always done: on its merits. If you feel passionately about national sovereignty, immigration controls, or collective international collaboration, then vote in accordance with your beliefs and principles on June 23rd: whether you?re inclined towards Leave or Remain, a vote made in self-interest is likely to disappoint. Chirag Shah is CEO of Nucleus Commercial Finance. On Thursday 23 June, the UK will vote on whether it wishes to remain in the EU. Karen Bexley, head of employment law at MLP Law, takes a look at the Brexit debate and gives comment on some of the potential changes to employment law following the referendum.