I appreciate that the government needs to spin the support of SMEs in this country. We are a powerful voice – Federation of Small Businesses figures last year showed 4.8 million of us in UK, employing 23.9 million people, and with a combined turnover of £3,100bn.

After using SMEs as an election stepping stone and then veering away to the bigger corporates, the government seems to be doing a bit of a u-turn again and (cynic that I am) go forward to the next election on a hue-and-battle cry in favour of SMEs again.

So this week has heard Vince Cable throw the gauntlet well and truly into the ring, attacking the Bank of England as acting like the Capital Taliban, so safe do they keep their borrowing funds – while the bank has been arguing that they need to do so to ensure the future of the economy.

So who are we to support here? The Bank of England is, of course, now governed by a Canadian: Mark Carney. Almost to the second of his arrival came the emergence of figures showing loans to SME fell by £4.4bn in the three spring months. The Bank of England themselves were forced to quote a drop of 2.8 per cent during the same period.

Individual banks have been quick to refute such claims, quoting high figures of approved loans and low figures of us SMEs applying. Their story is that we’re playing it safe with the euro zone/world economy and generally feeling that we have better things to do than take a highway to nowhere has got nothing to do with it.

One powerful group of SME experts have written to Carney in an open letter on what is needed for SMEs. They’re championing a return to the days where you could actually have a relationship with your bank manager and when your manager had some input into the decisions made on the future of your company. That pink and fluffy cloud seems to be such a long time ago…

The entrepreneurs also suggest that Carney talks to a startup company everyday for 100 days in order to understand what they need.

Now, as usual, I have a mild problem with this. Startups have become our fashionable vote – a trendy little area that guarantees attention. But… reality check: most of the combined £3,100bn turnover and employment comes from the rest of us. It would be nice if someone got Carney talking to an existing – even perhaps expanding – SME every day.

It has been a hard-pushed piece of spin doctoring that has got us to nearly believe in Osborne, Cameron and Cable’s commitment to SMEs. The mutual benefit makes it somewhat more credible. I also have no trouble with Osborne waving his arms in commendation of Carney as “the outstanding central banker of his generation”.

Yet, at the same time, here is where we see the divide. Carney, outstanding that he is, is on a comfortable package of £800,000+ a year. He comes from the bastion of banking, Goldman Sachs. That’s about as far removed from the world of SMEs as Marie Antoinette was to the average pre-Revolution Frenchman. His agenda is clearly going to be to secure the Bank’s future, not indulge in high-risk ventures with us “dodgy little SMEs”.

Cable and Carney are to meet, after Cable’s unprudent Taliban comments, but in the real world of SMEs, I don’t think we should hold our breath for revelations.

I suspect the armour-plated bank is in pretty secure hands and will not be unduly bothered in helping either us or the government’s pleas. 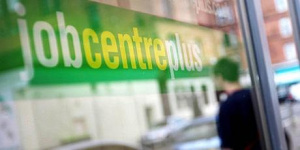 Work Programme is an “abject failure”, failing 90% of young people 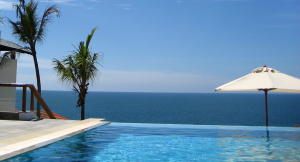 Two in five plan to work during their summer holiday