The cynics among Real Business readers may think the following smacks of turkeys NOT voting for Christmas. But a recent survey has found that almost 58% of SMEs think the UK tax regime is unfair to businesses like theirs. Almost 49% of the 1,000 respondents to the British Chamber of Commerce (BCC) survey also doesn’t believe that HMRC provides the necessary support they need to be compliant with such new requirements as Making Tax Digital.

Most small and medium business owners are responsible and do their level best to follow the rules, but this snapshot reveals a deeply-held perception among SMEs that our tax system is fundamentally unfair and slanted towards the interests of big business.

Many voiced frustrations that HMRC has greatly underestimated – or fails to appreciate – the time and money SMEs devote to keeping up with the regulatory merry-go-round and complexities of an ever-shifting tax system.

Reflecting on this strong feedback from members, BCC is now calling on the Government to improve HMRC’s service to SMEs. Something I wholeheartedly endorse.

It seems much of HMRC’s investment is devoted to exposing tax avoidance rather than supporting and helping our small and medium businesses achieve compliance, something which might improve collection rates!

This could be done by reducing the burden of compliance and improving and simplifying the tax collection processes – rather than always shifting the burden onto hard-pressed SMEs.

This would prove a massive boost to small businesses who devote untold amounts of time to ensure compliance, rather than concentrating their efforts on running their firm.

If HMRC was serious about tax avoidance and tax evasion, it wouldn’t devote so much energy to sitting on the shoulders of easy targets like SMEs, but rather go after the multi-national corporations.

Three years ago, many dark practices were exposed following the leak of tax-haven documents, the so-called Panama Papers, which revealed the shocking and often perfectly legal ways that giant corporations and extremely wealthy individuals use a raft of offshore holdings and subsidiaries to avoid paying their fair share.

These practices were exposed by investigative journalists and not the various tax authorities around the globe. As a result, the UK alone has clawed back $252m in fines and back taxes.

Of course, such nefarious activities are too complex to be pursued and it’s all too easy to target small businesses – rather pursuing the big money.

It’s about time the world’s tax authorities worked in unison to stamp out such unsavoury and illegal practices and devote more time to supporting honest businesses.

Firms in the UK already face a deluge of taxes and costs, ranging from business rates, to the costs involved in the introduction of Making Tax Digital. For many, it is becoming critical.

Suren Thiru, BCC’s Head of Economics, puts it best by saying: “When it comes to compliance there is a tendency for HMRC to see smaller businesses as low hanging fruit and as a consequence they feel under constant threat of being called out for getting things wrong in a tax system that has grown ever more complex.”

HMRC needs to start pursuing the big tax avoiders rather than policing minor infringements committed by unwitting SMEs and allow them to concentrate on creating jobs and prosperity to keep this country running – and keep the tax man in a job. 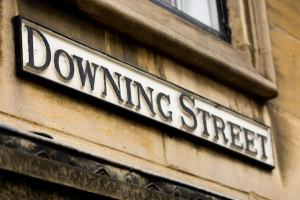 Doing nothing: Is it good or bad for UK politics – and what about us? 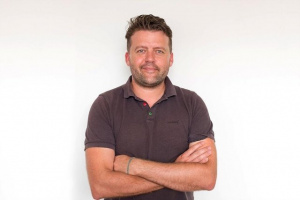 Shift8* CEO, John Ramsay ‘shines a light’ on dementia sufferers in the UK