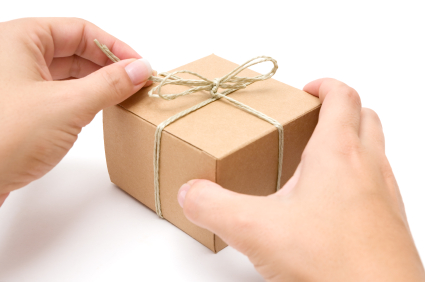 Jan Fachot, assistant director at Peters Elworthy and Moore suggests that the Patent Box regime is particularly relevant to Cambridge, which has had more patents granted per resident than the next five most innovative cities in the UK combined.

“However, since the introduction of the Patent Box regime on 1 April 2013, it has faced international criticism, led by the German government which believes that the tax benefits give too much of a competitive advantage to UK companies,” said Fachot. The Patent Box regime operates so that a company’s profits derived from patents are effectively taxed at a reduced rate of ten per cent (as opposed to the current main rate of corporation tax of 21 per cent). The relief is being phased in and will not be available in full until 1 April 2018 but the business tax team at Peters Elworthy and Moore have already identified some additional benefits. Fachot said: “While the Patent Box regime is aimed at reducing the corporation tax on profits derived from patents, in certain cases, it increases the amount companies can claim for R&D tax credits. This is relevant to many companies, especially those who make losses as a result of carrying out R&D activities. “One client ended up with a tax benefit in excess of £65,000 in the first year of electing into the Patent Box regime all thanks to how the patent Box regime operates with other tax reliefs.” There is also a simplified version of the Patent Box regime for smaller claims which involves a flat rate 25 per cent removal of the profits due to the marketing asset of a business has such as brand names. Fachot points out that this simplified claim may not be beneficial, especially if a company can argue that its marketing assets are small, for example if they are selling business to business. Therefore, opting to make the full claim can increase the benefits of the Patent Box regime. A number of conditions need to be met before a company can elect into the Patent Box regime. The company must have created or significantly contributed in the creation of the patent but this does not extend to where the patented invention is developed. “This gives scope for multinational companies to rearrange the way they operate their business so that they are able to channel their profits through the UK to make the most of the UK’s Patent Box Regime,” explained Fachot. “While this will increase the UK corporation tax payments, this will reduce companies’ global effective tax rates on profits. This is why a number of governments have expressed concerns that the UK’s Patent Box regime constitutes harmful tax competition, especially where the claimants in the UK has carried out very little innovative activity and has little substance.” This has led to the compromise agreement last month between the UK and Germany, which will require that substantial activities are undertaken in the jurisdiction in which the Patent Box regime is being claimed. The effect would be to restrict the UK’s Patent Box regime to development activities carried out in the UK on the patented invention. Although the agreement will significantly cut the benefit of the Patent Box regime to multinational companies, these will create a level playing field across the EU member states.  Fachot adds: “More worryingly, the agreement does not give details of what the changes will be made to the UK’s Patent Box regime or whether it will be replaced completely.  “On the bright side, it looks like the compromise agreement will mean that the current Patent Box regime will be available to new entrants until June 2016 and will continue to operate until at least June 2021. It is more important than ever for qualifying companies to determine whether they can benefit from the Patent Box regime before it is changed or removed completely.” By Shané Schutte