Digital marketing firm Yell Business is behind the research, combining early 2017 predictions with its own end of year data and findings from Google Trends to list the 2018 business ideas that look set for greatness.

So, if you’re thinking of expanding your business portfolio, you should be aware that 2017 searches for organic skin products rose by 2,200 per cent compared to 2016 Google searches. This rose 110 per cent in the last four months alone, showing the popularity for green products that take people’s wellbeing into consideration.

Perhaps it’s something to do with the drop in temperature, or maybe dogs are just becoming more self-conscious about their nudity. Whatever the reason, over the past four months, there has also been 500 per cent spike in Google searches for dog clothes.

Studies have shown how important pets are to their owners, with a fifth of companies now welcoming the animals of staff into workplaces.

We’ve also seen home and pet-sitting company TrustedHousesitters give away £100,000 of free memberships, one camping service launch a Love Island crusade for man’s best friend, and Poppy’s Picnic thrive off of animal lovers.

Given all of that, another of the 2018 business ideas that looks popular is dog walking. Yell found a 42 per cent increase of people searching for dog walking apps year-on-year.

“These diverse emerging trends have uncovered a real opportunity for entrepreneurs to capitalise on in 2018. What’s more exciting is that each of these business types directly play into everyday passions or interests,” said Mark Clisby, product & marketing Director at Yell Business.

“Be it designing dog clothing or launching a gluten-free fast food offering, it should be encouraging that going into business in 2018 can play into something you genuinely care about.”

Local DJs and mobile discos were among 2018 business ideas also exhibiting potential growth. There was a 59 per cent rise of searches on Google for local DJs for parties year-on-year and a 71 per cent increase over the past four months.

Another of the business ideas to pique interest of Google users is Chinese black tea, which experienced a 39 per cent year-on-year rise in 2017 compared to 2016.

Last, but not least, it would seem gluten-free food isn’t the be all and end all, as there’s been a 34 per cent increase in searches of cake shops year-on-year. Well, there’s only so long that the January detox can last, right? 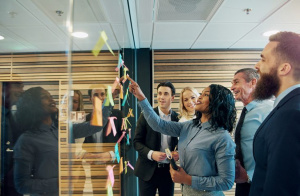 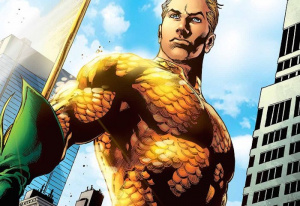 Super powers bosses wish they had to beat the competition