Domino’s Pizza Group certainly believes it can following the publication of its Leadership Index – a list of the UK’s 60 most economically important towns and cities in terms of leadership.

According to the research, which was carried out by the Centre for Economics and Business Research (Cebr), the Index’s top 10 towns and cities include Aldershot, Crawley, Oxford, Reading, Exeter, Cambridge, Brighton, Warrington, London and Milton Keynes.

Larger cities such as Manchester and Birmingham ranked only 32nd and 46th respectively. Liverpool came 38th, Leeds 24th and Newcastle in 34th position.

Oxford and Cambridge came third and sixth for leadership, thanks to the steady stream of graduates from their world-class universities, considerably outperforming their economic clout.

“The Index reveals some cities are overflowing with great leaders, but others are punching well below their weight. We must look at what more could we be doing to harness this talent, helping to plug the inevitable labour gap the hospitality industry faces as the UK moves closer to Brexit,” said Simon Wallis, chief operating officer at Domino’s.

“The government has a critical role to play in avoiding an exodos of EU workers from the sector, but companies must also do more to nurture home-grown talent. Government and business should work together to ensure we’re doing the best we can to retain and support the leaders of tomorrow.”

Nina Skero, head of macroeconomics at Cebr added: “The findings clearly illustrate the unequal geographic distribution of leadership across the UK.

“With some of the larger, more economically important cities in the UK having much lower levels of leadership talent than their smaller counterparts, it’s obvious there is more to be done to promote leadership skills across the board.

“The research found there is a need for greater training and development, especially in the Northern cities, to develop and retain leadership talent.” 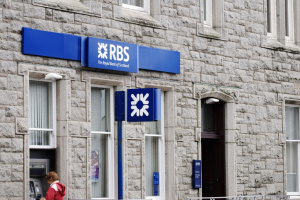 The clock is ticking against victims of RBS’ restructuring unit 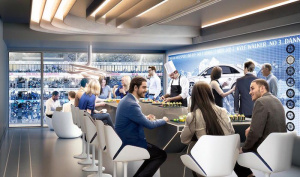 Corporate entertainment, football and the real ROI: Does the new Tottenham Hotspur stadium stack up?