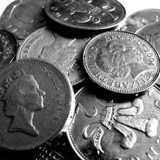 One SME client of mine has gone far enough to rename the bank credit committees as the “business prevention units”. Banks seek the smallest, most insignificant reasons not to lend – statistics released in February show that business investment has seen the fastest decline since records began in 1967.

One startup we’d been working with (which had one of the strongest business plans our firm has ever seen) was turned down by a bank on the grounds that it was too “dependent on new clients coming through the door”. I have yet to find a business where this was not the case! More alarmingly, six banks did not even want to see the business plan as they declared “no appetite” for lending to startups. Some SMEs may be in the fortunate position of being able to rely on a wealthy network, while others may have no alternative but to offer equity to business angels in return for finance. Other than loans, financing options such as invoice discounting or factoring are being encouraged by the banks due to their lower security requirements. While the banks are understandably risk adverse as they seek to rebuild their balance sheets, this “rabbit in the headlights” mentality must be addressed if the SME sector is to be supported and assisted in its recovery. While banks continued to lend during the last recession, entrepreneurs in 2010 face an altogether different environment. If the current attitude remains, it is difficult to see where the stars of the future will come from. As the General Election approaches, the political parties are strongly articulating the need to revive the SME sector. My hope is that whoever wins will deliver measures that will not only incentivise the SME sector but also force a step change in the current attitude of the banks. Bobby Lane is a partner at Shelley Stock Hutter LLP, the London-based audit, accountancy and outsourcing practice established in 1989.