Last week marked International Translation Day, which fell on 30 September – according to Days of the Year, an online calendar marking international celebrations.

The International Federation of Translators established the now-annual event in 1953, and it helps recognise the growing significance of translation as more and more businesses seek to operate on a global scale.

International Translation Day coincides with the feast day of St Jerome, the patron saint of translators and libraries. He is well-known for translating the Bible from Hebrew into Latin, making it much more accessible at the time.

It is thanks to St Jerome’s translation that we get the depiction of Moses with horns in some art work – including Michelangelo’s statue. Some contend this is a mistranslation, though there is a great deal of debate surrounding the issue. Either way – if the patron saint of translators can be called into question, where does that leave workaday businessmen?

In fact, many businesses have made translation fails that have been both costly and damaging to reputations. Only last month there was a recall of Milka Oreo chocolate bars in Dubai when a translation error led to alcohol being wrongly listing among the ingredients.

The Food Safety Department of the Dubai Municipality said that the recall was initiated following rumours on social media that the bars contained alcohol.

Speaking to Gulf News, an official explained: “We received the rumour for clarification through our WhatsApp service and we checked the product. Samples were tested and we found that there is no alcohol in the product. But the problem was a wrong translation of the product label.”

The ingredient chocolate liquor, a semi-solid chocolate paste, was split into two words, then liquor was translated as an alcoholic beverage in Arabic.

The product is halal and safe to consume, but a recall was issued to avoid further confusion and rumours. A costly mistake for the brand to make, and one that could potentially be damaging to its reputation.

Mondelēz International, the company behind the Milka brand, is not alone in making such errors. On the United Language Group’s website there are several translation fails listed by big names. Nokia’s “Lumia” translates as prostitute in some Spanish communities, HSBC’s “Assume Nothing” campaign translates in some countries as “Do Nothing”, and Apple’s slogan for its new phone, “This is seven”, translates as something rude in Cantonese.

The problem for these brands is that these translation fails are funny, and they risk becoming a laughing stock due to poor research efforts. Unfortunately, for some well-known brands there’s also the risk of half-truths being spun out of control.

Wikipedia’s entry for brand blunders is divided into “true cases” and “urban legends”. One such “urban legend” is the Pepsi slogan “Come alive with the Pepsi Generation” which was supposedly translated into Chinese as “Pepsi brings your ancestors back from the grave”. This story is hard to verify online, yet it has spread like wildfire over the years regardless.

One lesson businesses can take away from all of this is that when launching in new markets, it’s often very difficult to predict how you will be perceived.

You need to understand the local culture and languages and research, research, research. When in doubt, hire a translator or language solutions provider – you may find it cheaper in the long run than running damage control on an offensive or factually inaccurate campaign after translation fails 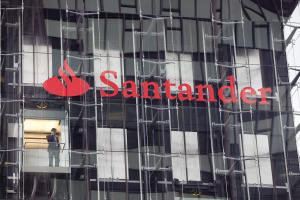