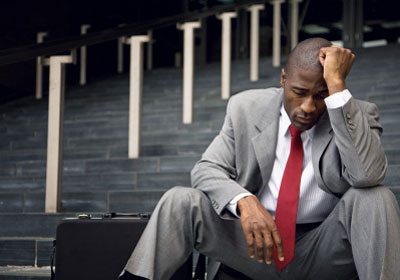 It was heartening to see that the number of people in full-time work rose by 160,000 – and there are many more part-time workers. This surely demonstrates that businesses are being flexible and trying their best to take on more people.

However, in the medium term, I am unsure whether the private sector is robust enough to play the role of “knight in shining armour” to the public sector workers’ damsel in distress. The impending public spending cuts will see a lot of civil servants pounding the streets looking for work. It’s going to be tough and I worry that the size of the jobless population will become overwhelming. It reminds me of the fuel blockades a few years ago. There was an uproar when the price of petrol and diesel was going to go up by a few pence. At the time, prices were hovering around the 75p a litre mark. Lorry drivers blocked fuel depots with their wagons, and massive queues formed at the pump. For a short while, it was chaos. Imagine what the protestors would have done if they knew that, a few years later, we’d be filling up to the tune of more than 120p a litre?   Oddly enough, there’s been no repeat of the events of 2000 – just a few mutterings of annoyance from some motoring groups. Why? Well, maybe it’s because we just accept that that’s the way it is and there’s nothing we can do about it. It’s a very British attitude, which I hope and pray doesn’t infect our thoughts on unemployment. My mustn’t get into a situation where high levels of unemployment are accepted as the norm, shrug our shoulders and live with it. It has to be a priority and we have to be proactive. There are industries crying out for skilled people, but the skills just aren’t there.   I’ve already said that university students should ditch their degrees for vocational learning and I also think Job Seeker’s Allowance should be transformed into a Job Training Allowance. Anyone who is out of work should be in training. I think it’s about time we made a simple rule: no work, no pay! Call me a hardliner if you like, but where I’m from that’s just a fact of life.     ﻿