There is a legend that the captain of the Conquistadors, Cortés, burned his boats before facing the Aztecs. The message to his men was clear. There was no turning back, no point looking over their shoulders, the only way was forward.

Looking back seems to be a predilection of today as we search for a beam of certainty in the fog of economic downturn. This morning is a good case in point. New figures show the economy might be doing a bit better than expected. Cue, a debate, with “experts” telling us that maybe it is or maybe it isn’t.

There is a feeling of Groundhog Day about all of this. All year, we have had a diet of media pessimism punctured by the odd story of optimism that is then royally rounded upon as a new age heresy. God forbid that the professional doom mongers might be proved wrong in their absolute certainty that we are on our way to hell in a handbag.

Burn me at the stake because I do question this orthodoxy, not because I think it is wrong but because I think that the constant speculation is largely pointless. If the crashes of 2008 and 2011 prove anything it is that these self-proclaimed authorities know nothing, are wise after the event, and are on a merry-go-round of noise, not insight.

There is no way back in time to a mythical nirvana called 2007, which now I think of it, was it really that good? It still seemed to be a year plagued by the worry of the good times ending and the spectre of downturn.

Well, now we are well and truly in it, the downturn is here. So my advice is to heed the actions of the Conquistadors: victory is not secured by going backwards but forwards into an uncertain future. Uncertainty is what life is all about. We may not always like it but it is the reality of the human condition.

Think of the change in the national psyche we would deliver if rather than trying to make sense of change and disruption, we just got on and accepted it, used it and to some degree revelled in it.

What certainty was there for Steve Jobs or Sir Richard Branson in their earliest days? Let me tell you, none whatsoever.

No doubt over the Christmas period, as retail indicators and GDP forecasts emerge, a range of gasbags will tell us with utmost certainty what this all means.

None of today’s experts really know what is going to happen. And what really matters is what you do to secure the future of your family, your business and your team. That’s really all you can do.

So merry Christmas – and think about the Conquistadors as you contemplate the second helping of turkey. 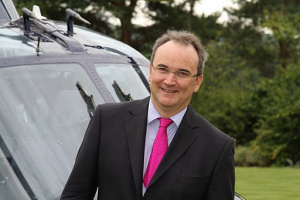 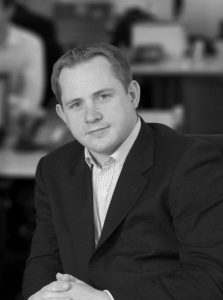