During a trip to the fabulous city of San Francisco, I happened to walk into a corner store and saw something that both surprised and inspired me. As I approached the counter to buy a bottle of orange juice, I noticed something that really didn’t fit in.

Now, this store was a completely typical general store, selling everything you’d expect – from candy bars to groceries to gossip magazines, and every single item was professionally produced and packaged by an outside company, except one, and that’s why it caught my eye…

There, sitting on the counter, was a small, rather pretty wicker basket and in it sat half a dozen beautiful white eggs, still in their shells. On the side of the basket was a crude, handwritten piece of paper that displayed a price – $0.40 EA.

Quite apart from my initial amusement at seeing a well-known saying come to life in brilliant three-dimension (“Don’t put all your eggs in one basket”), I was baffled as to why this was the only offering in the shop that was clearly handmade (out of thousands of highly polished commercial goods that packed the store). I’d already seen branded and professionally packaged eggs in the fridge at the back of the shop when I went to select my drink, so what on earth was this odd collection of shells doing on the front counter?

So, I asked the shopkeeper, “What are those?” And the story he told me fascinated me. “They’re hard-boiled eggs,” he said. He must have noticed the micro-expression of
bewilderment that flashed across my face, because he continued to explain: “There’s a gym around the corner and a lot of the fitness fanatics come in and have a boiled egg before or after a workout – it’s great protein.”

I processed this information, and then continued to ask him about the eggs, stuttering slightly. “What? Wow… So, you boil these eggs yourself and then put them in a basket and charge forty cents to the gym-goers?” I said, double-checking, captivated by this wildly entrepreneurial act.

“Yeah… it wasn’t my idea…” the shopkeeper continued. “The guy I bought the
store from used to do it… so I carried on.”

“Oh wow, that’s amazing!” I replied. “How did that come about?” I asked, half to the shop owner and half to myself.

The guy didn’t know how the “boiled-egg basket” had actually started, and it got me thinking. At some point, the previous shopkeeper must have gone through quite a few clever thought processes. He might have thought something like this:

“Hmmm… I know there’s a gym nearby… and a lot of my customers are members of that gym… some of them will want a fast, fresh, healthy hit of protein – an egg could do that… but I’ll need to boil the eggs… and then display them… so I will…”

Or, very much more likely, the “boiled-egg basket” came about when someone who visited the gym came into the store one day and asked “Have you got a boiled egg?” and, after enquiring why the person wanted a boiled egg, the shopkeeper must have replied, “No, but I’ll have one for you tomorrow!”

That night, the shopkeeper must have taken the thoughtful step of boiling one or two eggs for that customer. That was the first clever step he took.

Crucially though, the shopkeeper must have then taken another inspired – and important – leap, by deciding to predict that other gym-goers might like a boiled egg too. So, at that point, he must have started selling them in a basket on his counter.

And, because the eggs sold – just like that, the shopkeeper created a brand new “product” for a selection of future customers who might never have asked for it were it not now existing. And what was also amazing was that this new “product” went down so well with its target market that the shopkeeper who later bought the store was still carrying on this practice of boiling the eggs and putting them in a basket, every single day.

For me, this is a wonderfully exciting example of entrepreneurialism. It also brings to life two very helpful “success mantras” in a beautifully clear way:

The shopkeeper had not only cared about his original customer (he was sensitive enough to bother boiling an egg or two for the original gym-goer), he’d also then had the presence of mind to consider whether other fitness fanatics would also love a boiled egg as well.

Not only was the shopkeeper open and receptive to people’s needs, he took those needs and turned them into a business opportunity.

Now, of course, selling seven boiled eggs a day will never make you rich or get you on the front cover of Time magazine (if those are even noble aims), but what the shopkeeper did was exciting – and important – in two ways: first, he made a certain group of people’s lives slightly better by giving them something they wanted; and, second, he created a solid, undeniable new business opportunity.

For me, making people’s lives better and creating new opportunities are most definitely very worthwhile outcomes, plus they’re vital parts of creating successful and fulfilling lives for every one of us. So, it’s always good to be looking for opportunities around you and for ways to deliver something that people want.
And soon, you may very well find your next “boiled egg”…

Shed’s new book, ‘Success Or Your Money Back’ is out now, published by Hay House. 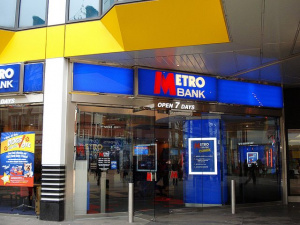 Challenger banks: Can they make a difference to business lending? 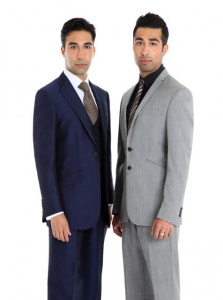