Dragons’ Den’s own Kelly Hoppen happens to be aware of the trend: on Sunday’s show her offer of £50,000 of investment for a 25 per cent stake in tea delivery service ‘The Box of T,’ was accepted by its two founders, Omar Farag and Philip Perera.
</p >

Box of T follows in the wake of food & beverage delivery companies like Graze and PACT, bringing a custom and efficient experience to tea. Their PHOM range features organic tea leaves ordered off the website and their ranges are all customisable – various leaves can be blended for a custom mix.</p >

In this way The Box of T is reminiscent of boutique experiences on the continent. You walk into a tea store with black-lacquered walls in Paris; a flushed Parisian woman pokes tubs of withered, fragrant leaves in your face. And the inspiration behind the company was this kind of store: except it was those of Berlin, where Philip Perera grew up.</p >

“My mother owned a tea store, and you have a lot of such stores lining the high street. We have a great tea culture in Berlin. I see the same thing happening the UK, but it’s still growing and changing” – despite Britain’s reputation as a nation of tea fanatics, businesses like corporate giant Unilever have struggled in the past to introduce tea products to the island, nevermind operate a company on the premise.</p >

The company was founded two years ago when the two founders met at university. They both took a module in graduate enterprise, during which they were given a safe space to start up a company: receiving insurance, mentorship and a space to work in – effectively an accelerator. They managed during that time and after to spread to 30 cafes and restaurants around the North West of England. </p >

After a series of national and international startup competitions, culminating in the European Entreprise, during which they got third place, they decided they didn’t want to let go of the company. The pair graduated this month, rebranded and applied to go on Dragons’ Den.</p >

Of their decision, Farag said: “There were a few reasons: initially we went to the banks. However, we weren’t getting any money from them and we knew that we were more likely to find investment for a startup on Dragons’ Den, and the Dragons could guide us as well.”</p >

They were hugely successful: if you tuned into the episode Sunday you would have seen three (Peter Jones, Deborah Meaden and Hoppen) of the five Dragons make an offer, before the entrepreneurs accepted Hoppen’s investment. </p >

“We really hoped we would impress Kelly as we know that she leads a healthy lifestyle and has the experience and contacts that will help to move our business forward,” said Farag.</p >

The show was filmed several months ago and Farag and Perera say Hoppen has been a useful source of advice since. </p >

“Kelly has been amazing. She’s always at he end of the phone to offer us advice,” Farag said. </p >

The pair and their company have also benefited from her extensive contact list and have now brought their range into Selfridges. By all indications they’ve decided on a more expansionist agenda than before to get into stores around the UK.
</p >

The future of this tea startup looks bright. However, a niche albeit growing market, the relative inexperience of the entrepreneurs and the large equity share given over to Hoppen suggest they’re not out of the woods yet. Still, they couldn’t have picked a better time.

Women and the Cabinet reshuffle: Does diversity matter? 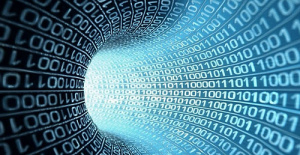 UK business data at risk due to “cavalier” attitudes