However, I have a few facts to share (seven to be precise), which you may not have known:

Pinewood Studios is the filming home of Dragons’ Den. Situated in Buckinghamshire, the film and TV studio is also home to films including James Bond, Superman and Batman: The Dark Knight.

Dragons’ Den first appeared on UK screens back in 2005. Six years (and eight series) later, Dragons’ Den is still going strong. Series 9 hits our screens on Sunday July 31. Peter Jones invited me to the Dragons’ Den set to watch a couple of the pitches being filmed and I reckon this will be the best series yet!

Duncan Bannatyne and Peter Jones are the only two original investors on Dragons’ Den who are still there today. They started out their Dragons’ Den days alongside Rachel Elnaugh, Doug Richard and Simon Woodroffe.

Prior of my first visit to Dragons’ Den, I have to admit that I had my doubts as to how realistic the show really was. But I can reassure you all; every entrepreneur experiences a real-life business pitch. The Den is the first time the Dragons hear each pitch or even speak to the entrepreneurs. The only time I heard the word “cut” on Dragons’ Den was when someone sneezed! It is real. Just not so sure that the money on the table is…

Each pitch on Dragons’ Den can take as long as necessary to seal the deal; or equally as quick as possible for the Dragons to say “I’m out”. The longest pitch I witnessed was more than two hours long (a Dragons’ Den record, I think).

7. The deal with the stairs

When Dragon Theo Paphitis taps his glass with his pen, this is a signal for the next entrepreneur to walk up the stairs and begin their pitch. So yes, the stairs on Dragons’ Den are real. However, what’s at the bottom of the stairs is a whole different question! 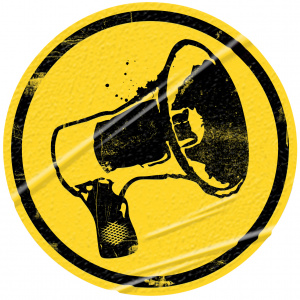