Set up by Ally Stevenson in 2005, Clean Heels serves as a “multi-purpose heel stoppers” to prevent women from sinking into soft ground and protect the heel itself.

Stevenson initially had the idea at a wedding when she used beer bottle caps as a way of standing steady whilst giving a speech. However, a breast cancer diagnosis slowed the development of Clean Heels.

Meaden and Hoppen will be taking a combined 12.5 per cent stake in Clean Heels through the investment and are now part of a business has had its products featured in TV shows such as Hollyoaks, included in the 2014 Oscars VIP goody bags and worn by Australian prime minister Julia Gillard.

Speaking to Real Business, Stevenson said: “Dragons’ Den was an amazing experience, I didn’t want it to end! We laughed and of course spoke business but Clean Heels totally won them over, it is an inexpensive item that every woman should own. Having Deborah and Kelly as investors, I couldn’t have asked for a better day.”

The products currently retail for £4.99, with a free pack included in each order, are available in clear or black and made out of a soft and flexible material. Retail chain BHS are currently stocking Clean Heels.

Commenting on her new investment, Meaden added: “They’re a must for outdoors when the ground isn’t safe to walk on, they also help women t move around better in heels and they actually extend the life of the shoe itself.”

For Hoppen, it was Stevenson’s determination to keep the business going through health problems what impressed her most.

The deal represents the second time Meaden and Hopeen have come together to make a joint investment. Hoppen, who runs an interior design company and joined the show in 2013 when Hilary Devey vacated her spot, has now made six investments, three of which were with other Dragons.

Dragons’ Den is now in its 12th series and has two investors who have been with it since the show began airing in 2005 – Duncan Bannatyne and Peter Jones. 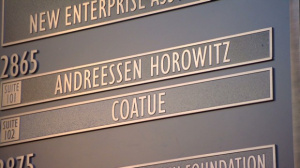 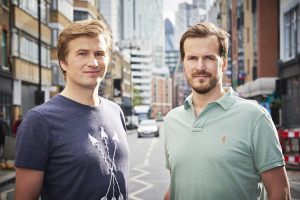