On last night’s episode of Dragons’ Den, only one pitch was successful. All the rest failed. Some of that was down to lack of quality of the product or service. A lot of it was down to inadequate negotiation skills.

The Dragons are investing their own money, somewhat blindly, in products and people that have only just been introduced to them. They’ll be thinking: “Is it going to be ok? Can I trust this person? How risky is the investment? Am I going to look like a fool if I invest?” They need reassurance.

In this context, there are certain key negotiating behaviours to avoid, and others to use.

Step forward James Eden and Chris Olivier with their toy, Culicka – the first pitch on last night’s Dragons’ Den. One tip here: the more you say as a negotiator, the more you give away. You should spend at least as much time listening as talking. James, however, talked for England.

My second tip: demonstrate expertise. Expertise is an acknowledged form of bargaining power. If you’re not expert enough to know what will constitute a successful level of sales for your product, you’re not likely to reassure potential investors – and so it proved here.

Rob Ford and John Blenkinsop made the mistake of “bidding” too early on Dragons’ Den. Good bidding in the negotiating process is all about timing. Bid too late and people will assume you lack confidence in your offer; bid too early and people won’t be in a state of readiness to receive your proposal well. In this context, bidding for £75k when you only have one customer on board counts as too early.

Redfoot founder Tim Smith with his folding shoes came close to brokering a deal on last night’s Dragons’ Den, but he also failed at the “bidding” stage of the negotiation. Tim failed to secure what would have been the largest investment ever, some £300,000, with his bizarre range of collapsing shoes as first Peter Jones, then Theo Paphitis, then Deborah Meaden, then Hilary Devey and then finally Duncan Bannatyne declared themselves “out”.

When you bid, you need to keep it simple. Redfoot’s ownership structure was confusing and, as soon as Tim added it to the mix, you could see reassurance drain from the Dragons.

And so to the Dragons’ Den bid that did work: Helen Waterstone and her chain-mail “meat cosy” (inspired by a knight in shining armour).

One of the things that you have to remember in any negotiation is that everybody is different. We all have our own quirks and patterns of thinking. You need to tune in to the way the other person thinks in order to influence them.

Peter Jones and Deborah Meaden are “visual” people. Helen picked up on this straight away, letting Peter and Deborah look at it and handle her kitchen product. So far, so good.

When it came to the bargaining phase however, I thought that Helen could have done with more negotiating expertise.

It’s part of the drama of Dragons’ Den that the Dragons always value companies at far less than the entrepreneur does. In this case, Helen wanted to give away only ten per cent of the company for £70k; the Dragons wanted 48 per cent. That’s a big difference: they valued the company at almost five times less than she did.

Helen was at a natural disadvantage because she was outnumbered by Deborah and Peter. It would have been better if she had had someone else with her to equalise the game.

Another trick of the trade: if someone makes a bid that’s way off what you want, take a break. It takes the pressure off and gives you time to think. Helen, however, ploughed on. She made a counter-bid but looked nervous and was unconvincing in her language. Note: “Would you be prepared to…?” sounds weaker than “What I need is…”.

She also didn’t ask the Dragons for anything other than a reduction in their equity proposal. What about commitments in regard to their time or the resources?

The Dragons refused to budge and Helen ended up accepting their first proposal, having given away almost half her company. Was that above her bottom line? Had she planned a bottom line before she got in there?

Some caveats here; Dragons’ Den is an entertainment format, and it is edited accordingly. We never see exactly what goes on. It must also be very difficult to negotiate with celebrity entrepreneurs in front of the cameras, so it’s very easy to make harsh judgments. However, one thing is clear. In any negotiation your greatest asset is your personal power – your skills and ability as a deal-maker. If you don’t even make the most of that, you risk giving it all away before a negotiation even starts.

Clive Rich is an international negotiator and deal maker, who has brokered more than £10bn worth of deals with some of the world’s biggest brands. 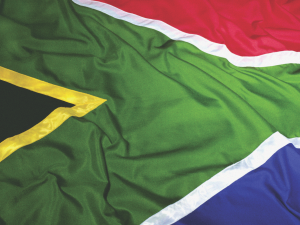 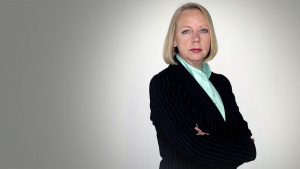