Offering the Dragons a 20 per cent stake in return for a £75,000 investment, the trio got their numbers wrong from the beginning, with Tim Kalia at one point telling them “Just ignore me, I keep getting my figures wrong.”

While the Dragons didn’t mind the concept, they quickly got bored of Meena Kalia’s continuous chattering and soon declared themselves out. The key lesson here is to always get your numbers right – and don’t try to just talk your way through.

Next up were Peter Hart and his wife Michelle, who took over the Den with their seven children dressed in fancy dress costumes including a pirate, a street urchin and a hippy.

The pair were looking for a £100,000 investment in return for a ten per cent share in their company, Fun Fancy Dress.

Michelle was quick to reel off some impressive figures: the company has a £900,000 turnover with a net profit of 142k, the website receives 44,000 visits per month with an average order value of £29.

The company already has two stores, and the pair were looking for investment to help increase their online market share. Their aim? To be the first nationally-branded chain of party stores.

Peter Jones certainly wasn’t impressed – the idea “doesn’t make commercial sense,” he said – and soon Duncan Bannatyne was the last Dragon left, offering them the full amount in return for 60 per cent of their business.

After some bargaining from Peter Hart, the stake dropped to 50 per cent, and the deal was agreed.

The next big proposal came from brothers Jim and Richard George from Malvern, who were looking for a £160,000 cash injection for their fence preservation company Postsaver.

Offering 20 per cent of the business, the brothers explained the surprisingly-important impacts of “premature fencing failure”.

The pair were quick to answer the Dragons’ questions, with confidence that they could grow their business organically. The double-life fence product in particular seemed to go down well with the Dragons, and the brothers received several offers.

Deborah Meaden offered them all of the money for a 35 per cent share of the business, which Duncan Bannatyne challenged with a 30 per cent stake – which Theo Paphitis and Hilary Devey offered too.

The two entrepreneurial brothers faced a tough choice, but refused to give away more than 25 per cent of their business. Things quickly turned stale in the Den, with all the Dragons recalling their offers and asking the pair to leave. Very much an “act-now or…” atmosphere.

Finally, we heard from Dan Thompson, whose idea for a corporate all-you-can-drink private members club wasn’t well received by the Dragons (“why would you over-incentivise this?”). Other quick appearances were an exercise suit that claimed to burn extra calories, plus giant knitting needles – both rejected by the Dragons too.

So this week saw just one successful deal, and an interesting twist when the George brothers declined each of the Dragons. Proof that if you don’t like a deal, you can always just walk away? 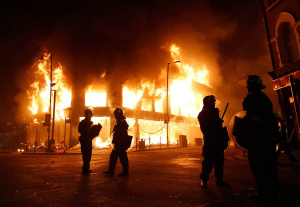 UK riots: “We shall overcome” 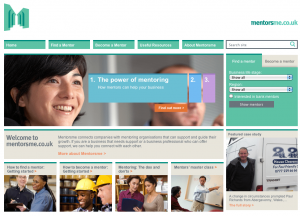