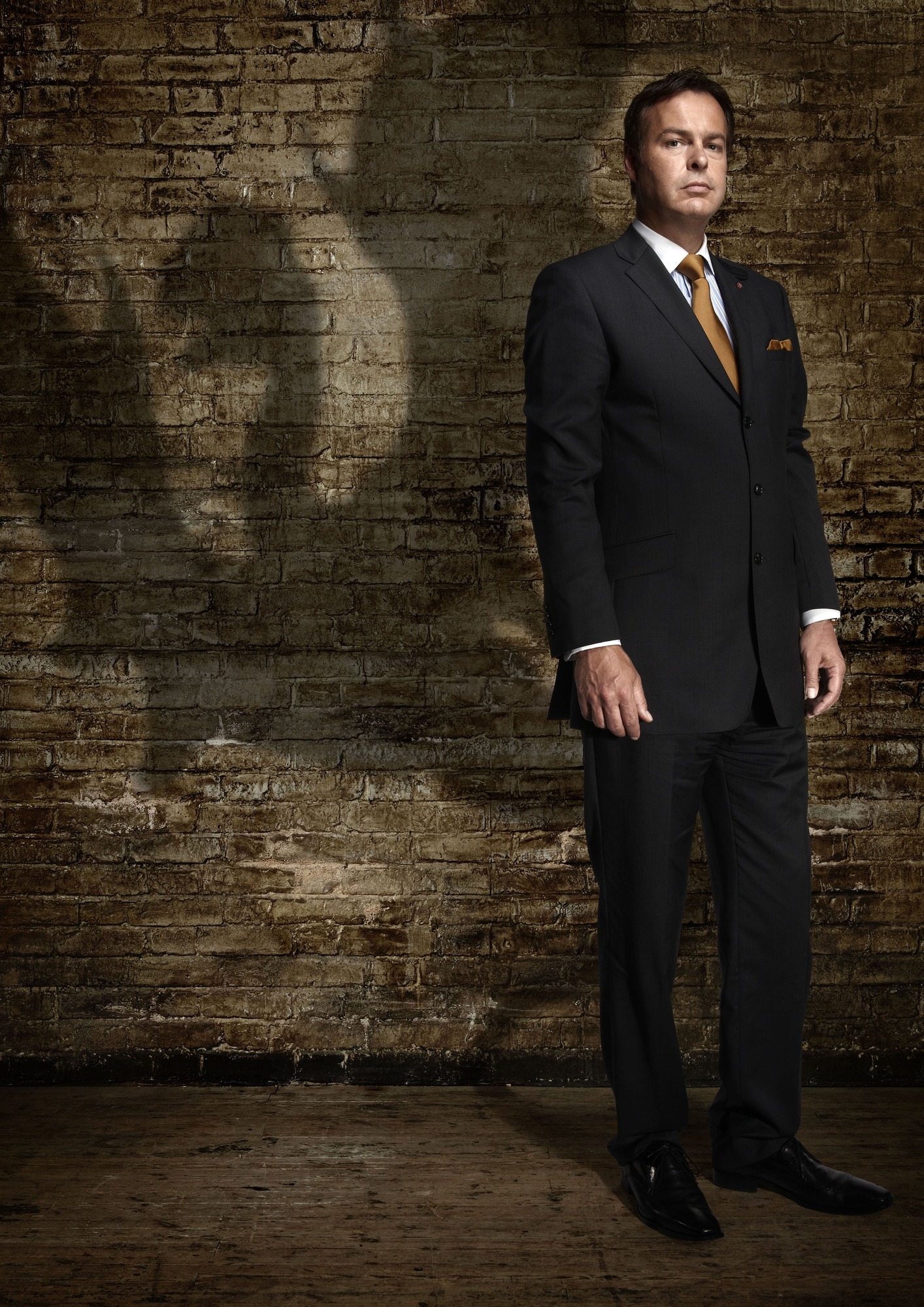 First to feature on Dragons’ Den this week was former disc jockey Bob Davis, wearing a tuxedo. The entrepreneur was after a £50,000 investment in exchange for a 20 per cent share in his company, Uniques Ideas.

A brand new company, the idea is to manufacture and market an interactive game challenge, called Bob’s Box (Think “Grab a Grand” from Noel Edmond’s House Party). The idea is to hire out the game concept (effectively a very large bingo blower) for £600 a day.  With an impressive track record in the entertainment industry, Bob Davis was confident the idea could make money – indeed, he has already hired out his box to a number of production and TV companies.  The ever-sharp Peter Jones picked up on the fact that although Bob already had an events company, he wanted to make this business a separate entity, and declared himself “out”. Quick to follow suit was Deborah Meaden and Theo Paphitis, shortly followed by Duncan Bannatyne. Keen to see the idea work, however, Hilary Devey declared her hand: “The other dragons are going to think I’ve lost my marbles, but I’d like to invest.” Hilary Devey then offered Bob the full amount in return for for 20 per cent of the business. She also promised to reduce her share after the box started to make some money.  Next up was former car dealer Fraser Allen, who was looking for £150,000 for a five per cent equity stake in his product, “My Sea Safe”.  A business-like but nervous Fraser Allen highlighted the benefits of his detachable safe for sun loungers: in short, it gives users the ability to lock their possessions away when they go swimming on holiday. The Dragons were impressed with the product margins. The safe costs $10 to make, and sells for $30.  But while Fraser Allen was looking for help with marketing, advertising and logistics, the Dragons were offended by the five percent equity he felt their experience and contacts were worth. Duncan Bannatyne told the entrepreneur: “This is definitely in the top ten of the worst ideas ever to come into the den.” Fraser Allen seemed to annoy the Dragons with his underestimation of their worth, and they quickly sent him packing. We then saw Monterrey-born Marcela Flores Newburn, who pitched her Mexican food range, Rico Mexican Kitchen to the Dragons.  After an impressive pitch – complete with a full mariachi band – Marcela Flores Newburn offered a twenty per cent slice of her business in return for a £75,000 investment. She said she would use the money to turn her selection of dips, drinks and snacks into a household name.  Already stocked in Harrods, Selfridges and Whole Foods, Rico Mexican Kitchen also recently struck a deal with Waitrose. The Mexican food company has already been trading for two and a half years and has sold £50,000 worth of products. After quizzing Marcela about her business model, her ideas for expansion and ways she planned to advertise, the Dragons had to make the fatal decision. While they seemed to like the idea, they felt she would need much more than £75,000 to make her product mainstream. They wished her luck but chose not to invest. Lastly, we saw West Sussex’s Robert Lewis, who wanted to literally turn thin air into hard cash with his company, Roll-A-Signs. Asking for a £100,000 investment in return for a 10 per cent equity stake in his business, his company can retro-fit advertising signs on to existing belt security barriers.  It is “Neat, tidy and clean”, and has produced a profit of £82,000 so far. Plus the product is made in a way that ensures that customers must come back to Roll-A-Signs for additional banners or stands. But Robert Lewis fell down at the first hurdle, struggling with his numbers and failing to produce the documentation that showed he had orders in place. This left the Dragons worried about not only investing in the company but in Robert Lewis himself – and Deborah Meaden and Theo Paphitis declared themselves out. Peter Jones, meanwhile, totally loved the idea and offered Robert £100,000 for 100 per cent of his business which, once he could prove he had overseas orders, would drop to a 49 per cent. Hilary Devey also offered £100,000 and would scale the offer down to 45 per cent on the same basis as Peter Jones’ offer.  It was a difficult one to call for Robert, as he struggled to give away four times what he had originally offered, but in the end chose to go with Peter. While it was a lot to give away, it also secured him an influential business partner.  Other pitches on the show included a hand held, steam controlled shaving aid, a type of mask men can hold over their face after shaving (yes really!), an artificial ski surface and local ceramics cafe. What will next week bring us? Picture credit: BBC / Todd Antony