First up on Dragons’ Den this week was husband and wife Karen Ho and To Chan from Hong Kong.

The pair were offering a 30 per cent stake in their company, Aqua Sheko Fish Spa, in return for a £150,000 cash injection.

As one of the first fish spas to open in London, the duo had combined the fish spa experience with modern Japanese bars in Kensington and Soho, giving customers a unique spa experience.

The Dragons were initially mesmerised by the concept, with Duncan Bannatyne eventually asking whether they were the only people doing this in the UK – clearly he’s never walked down Camden High Street!

Hillary Devey linked the idea with putting the treatment in existing health spas to make more money, but the couple were only interested in opening two more shops, in order to establish the brand. Hillary felt they would be missing a trick with this and so declared herself out.

Due to the fact that they imported live fish, Deborah Meaden soon declared herself out too, along with Duncan Bannatyne who felt the idea was too easy to copy.

This left Theo Paphitis and Peter Jones to decide their fate. Theo Paphitis felt their idea wasn’t unique enough; while Peter Jones was spooked by the business’s current debts. Both declared themselves out as well, leaving the couple with nothing.

Next up was Alan Pearson, a sign manufacturer from Teeside. Pearson pitched two products: recycled plastic street signs and a maintenance-friendly accessory, a plastic sign base which makes it easier to cut grass around the signs. (Is this really a big problem people have? Who knows.)

It was a sloppy pitch, and Alan struggled to get his point across as he asked for £100,000. It really didn’t go well, with Peter Jones calling Alan’s pitch “the worst presentation I’ve ever seen in the Den”.

As Alan struggled to answer any of the Dragons questions, it became clear that Alan hadn’t been completely honest and was actually pitching the idea separately from his already existing company, N-Signs, which had been doing relatively well. He failed to declare how much of a wage he was taking from the business and the Dragons seemed to quickly tire of him.

Unsurprisingly, after the final grilling, Alan was sent packing, as all of the Dragons failed to see the worth in either the business or in Alan himself.

Twins Polly and Charlotte Vickery were next. The twins tried to convince the Dragons to invest £65,000 in their business Brat & Suzie in return for a 20 per cent equity stake.

Their unique hand drawn, illustrated animal t-shirts and jumpers had already received great press coverage and had been featured in magazines Closer, Look and Cosmopolitan and were stocked in 60 stores across the UK.

A bright pitch, the girls did well to bat off any of the Dragons’ questions, highlighting the 25 pieces in the range at present, their hopes to expand and their current profit margins.

The Dragons quickly picked up on the small profits the girls were making and their low gross margins, but seemed to like the brand which was named after the sisters’ cats.

Deborah Meaden didn’t feel the brand was strong enough in the market at present and soon declared her position, which was quickly followed by Theo Paphitis, who agreed with his fellow Dragon.

Duncan felt he too had nothing to offer the girls and called himself out. Finally, Peter Jones highlighted his already-existing relationship with another clothing brand, Neurotica, which was in need of more cash and therefore left him unable to invest in another.

Hillary, meanwhile, said she loved the idea but was unable to invest in the still developing brand either. The duo were wished the best of luck but ultimately sent on their way with no investment.

Last up, we saw Andy Bates from Suffork, who was after £50,000 in return for a ten per cent stake in his company, AB Performance.

His company specialises in producing lightweight track-day cars that are powered by high-perfomance motorcycle engines.

Looking for a Dragon who would have a particular interest in his company, Andy was looking to take the company to the next level. But Hilary soon realised she had nothing to offer the entrepreneur, followed by Deborah Meaden and Theo Paphitis, who couldn’t see an easy way to make money out of the business.

Peter Jones, however, had some ideas about how to expand the business and offered Andy all of the money for a 35 per cent of the business.

Duncan Bannatyne, meanwhile, offered the full amount in exchange for 50 per cent of the business, which he would then reduce to 25 per cent if he reached his projections over three years.

It was a tough decision for Andy to call, but he decided to take Peter’s offer due to his passion for motor sport, making him the only successful entrepreneur to convince the Dragons to open their chequebooks this week.

Things are clearly hotting up in the Den, and the Dragons are being very picky about which businesses to invest in. Will next week see more investments being made? We hope so, in the mean time take a look at Dragons Den UK success stories 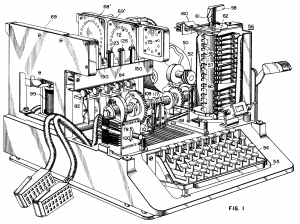 Licensing your products: what are your options? 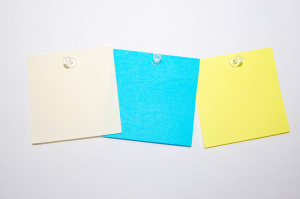