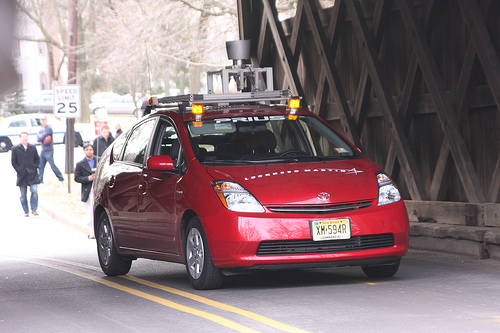 Business secretary Vince Cable has today announced two new measures that give the green light for driverless cars to take to UK roads from January 2015.

It had been hinted at earlier this month that the Technology Strategy Board was looking to establish test sites for robotics and autonomous systems, but one never would have thought the driverless car was among them! First off, UK cities can now bid for a share of the ?10m competition outlined last December to host a driverless car trial. The government is calling on cities to join together with businesses and research organisations to put forward proposals to become a test location.  Up to three cities will be selected to host the trials, which is expected to last between 18 and 36 months. Iain Gray CEO of the Technology Strategy Board, said: “The ability to test driverless cars at scale, when married to the UK?s unique strengths in transport technologies and urban planning, will also attract further investment, helping to establish new design and manufacturing supply chains, driving forward UK economic growth.” Ministers have also launched a review to look at current road regulations to establish how the UK can remain at the forefront of driverless car technology and ensure there is an appropriate regime for testing driverless cars in the UK. Two areas of driverless technology will be covered in the review: cars with a qualified driver who can take over control of the driverless car and fully autonomous vehicles where there is no driver. Speaking at MIRA, where he tested a driverless car out himself, Cable said: “The excellence of our scientists and engineers has established the UK as a pioneer in the development of driverless vehicles through pilot projects. Today?s announcement will see driverless cars take to our streets in less than six months, putting us at the forefront of this transformational technology and opening up new opportunities for our economy and society.? Image source By Shan? Schutte