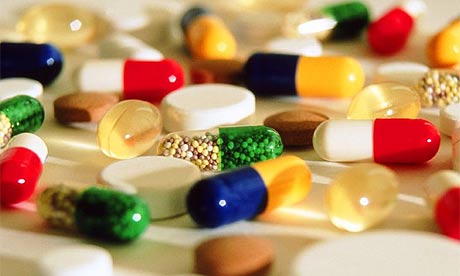 Despite zero tolerance being higher than ever, employers appear to lack knowledge about substance abuse in the workplace.

Around a third of UK employers (32 per cent) admit they don?t have enough knowledge or training to identify if a worker is under the influence of recreational drugs – even though 16 per cent have suspected a staff member of having taken a substance. Although 87.5 per cent reported that they had a written drugs and alcohol policy in place, and a huge 95 per cent claimed to have a zero tolerance approach to employees under the influence of drugs, a high proportion indicated that they would struggle to enforce their policy. More than three quarters said they would not carry out random drug testing (76 per cent) and around a third confessed that they did not have enough knowledge or training to tell whether an employee was under the influence of drugs. These figures emerged from a survey of 200 medium to large sized firms carried out by global health business Synergy Health, and covers approximately 26,000 employees. The results were released ahead of Synergy?s Drugs at Work conference at London?s Royal Holloway University next month, which is specifically designed to help companies deal with the problem of drugs and alcohol in the workplace more effectively. ?While our study shows the majority of business to have a stringent drug and alcohol policy in place, these policies are only as good as the people enforcing them,” explains technical services manager for Synergy Health, Dr Philip Kindred. ?If managers don?t have the skills or the will to enforce these policies they might as well not exist and the potential risks to colleagues, customers and company reputation remain.” Cost of ?4bn per year Chartered Institute of Personnel and Development research shows that drugs and alcohol are a contributory factor in 26 per cent of the workplace accidents that cost the UK economy over ?4 billion per annum. As a regular testing facility for employers across the UK, conducting over 40,000 drugs screenings a year, Synergy Health uncovers an average of 10 per cent positive rate for drugs of abuse from donors. Of this, 7 per cent were positive for cannabis with 2.1 per cent positive for cocaine. “We have seen over 50 per cent of employees at a single company return a positive reading during testing in the past, so it?s clear there is a very significant problem out there and training should be in place for employers to identify such issues,” adds Kindred. ?Employers that don?t acknowledge that these issues could be present anywhere within the modern workforce are missing a trick.?If they don?t support their employees to engage in, and promote, an overall healthier and happier lifestyle, it could have not only hazardous effects on the business but also on its reputation and overall profit.?