Whether it’s Dragons’ Den, The Apprentice, VOOM or entering into an accelerator, pitching opportunities of all kinds are readily available and increasingly common for British business leaders – and then there’s the Duke of York’s Pitch@Palace.

There is, of course, nothing common about Pitch@Palace – an entrepreneurship programme launched by the Duke of York in 2013. Some 205 businesses have been part of Pitch@Palace over the years, and have collectively racked up almost 500 employees since participating.

Successful alumni include Magic Pony, which was acquired by Twitter in June for $150m, and Yoyo Wallet, which has been named mobile payment and loyalty strategy partner for Caffè Nero.

The final of the sixth Pitch@Palace took place on Thursday evening of 2 November at St. James’s Palace. Queen Elizabeth accompanied the Duke of York as a very special guest, and remained present for the first pitch.

Taking to the stage to face Her Majesty in the front row could have easily been cause for alarm. However, the Queen’s presence didn’t deter Wesley Sugden-Brook, founder of water-saving business Drenched, who saw off the other 11 finalists to find victory with first place.

“As founders of Drenched, we are used to pitching our business – to investors, partners and potential customers but this was a big one for us. We are absolutely thrilled to have taken the top spot, especially considering the caliber of the competition,” Sugden-Brook said.

Having requested the pleasure of our company at the event, Real Business spoke privately with the Duke of York about how he felt the evening had gone.

“We’ve been doing this for two and a half years now and this is the sixth one. We support 42 companies, but only 12 can pitch. We put together a group of 12 this time, which were a broad cross section and they’ve done brilliantly well,” said the Duke of York.

“We’re already in the process of introducing them to the people who can make a material difference to their business. I think this evening has been a good success for them. It’s given businesses a real boost and there’s more to come.”

The “more to come” points to the nationwide outlook the campaign has, with events in Sheffield, Cornwall, Belfast and beyond, while the start of Pitch@Palace 7.0 will begin on 7 April 2017.

In addition, the initiative explores international markets for UK opportunities. Indeed, Pitch@Palace Global on 7 December will bring together entrepreneurs from Estonia, Malaysia and Latin America to connect them with British networks to grow UK plc. China is also a destination the campaign looks set to reach.

This global outlook builds on the Duke of York’s previous position as special representative for trade and investment. He stood down from the role in 2011, having spent a decade promoting UK business overseas.

The Duke of York explained to Real Business that diversity and impact from the British entrepreneurial landscape is what impresses him in particular, rather than size – great news for SMEs.

He said: “It does so much and covers so many different areas. In many cases, it’s irrelevant how big these companies are going to get – it’s about whether or not somebody’s starting a company that can solve a problem locally. And if it’s good enough and can go big enough, that’s an added bonus.

“Most of what I’m interested in is whether people can actually solve a problem, start a business and how we help them in that process.”

As mentioned above, as if a room full of investors and entrepreneurs wasn’t enough to contend with, there was the added pressure of pitching to royalty. Helpfully, the Duke of York had a rather memorable few words of wisdom. “Prior preparation prevents pee-poor performance,” he laughed.

“That’s all it is. Prep well. They all prepped well. We’ve given them a lot of help as to how to do that, but they did a brilliant job tonight. I think if you talk to the entrepreneurs, they will tell you themselves that the whole process has helped them.”

Meanwhile, the People’s Choice Award – open to all 42 Pitch@Palace participants that took place in boot camp semi-finals – went to OfferMoments.

OfferMoments is transforming the advertising market with billboards that recognise shoppers, to then analyse their social media posts and push relevant nearby products to them. If it sounds futuristic, that’s because it is – the founders took inspiration from 2054-set Tom Cruise film Minority Report.

So, detailing his own inspiration for launching Pitch@Palace, the Duke of York said: “I thought about being a venture capitalist and producing a fund. But when we investigated it, it became evident that was the wrong use of my time.

“We haven’t got the space for an accelerator in the Palace, we haven’t got an incubation activity – other people do that much better than I can. But we can act as an accelerant to businesses by bringing them networks and connections. That’s what we’re good at, we do it for lots of other things – why not do it for entrepreneurs?”

So there you have it, wise words from the Duke of York – a member of the Royal Family keen to promote British enterprise. 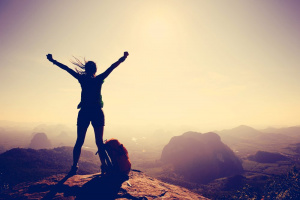