Or, rather, it’s coffins. He’s the founder of Daisy Coffins, an innovative firm based in Totnes, Devon that makes coffins out of banana leaves or water hyacinth leaves.

It’s a tricky topic to get media coverage for, but without it he’s stuck: most people don’t tend to pre-order coffins. It’s usually down to the funeral directors to handle that side of things and, while some are supportive, there is little in it for them to go around promoting Cooper’s wares.

“I need to create awareness for Daisy Coffins,” Cooper says, “so that when people walk into a funeral director’s rooms they ask for one of our coffins.”

Journalists, like the rest of the population, don’t want to talk death – but they do want to talk about saving the planet. So, although Cooper has some doubts about the “green bandwagon”, he has clambered on board.

“I’ve had to think about what journalists want and think more about the bigger-picture issues in the industry,” Cooper says. “At first I just wanted coverage in the glossy, consumer magazines, but I’ve realised there is a lot of potential in talking about the issues I face in business magazines.

“Now I make a point of reading as many business magazines and supplements as I can, thinking about who writes the articles and how I could fill some of those slots.

“I target particular publications and specific journalists, offering a story that has a ‘green’ take on a traditional industry. And it’s working.”

Support your rivals and spike up sales 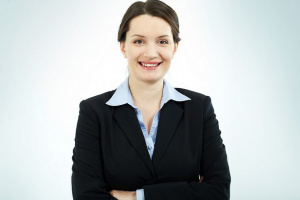 Secret women’s business: How to satisfy a woman