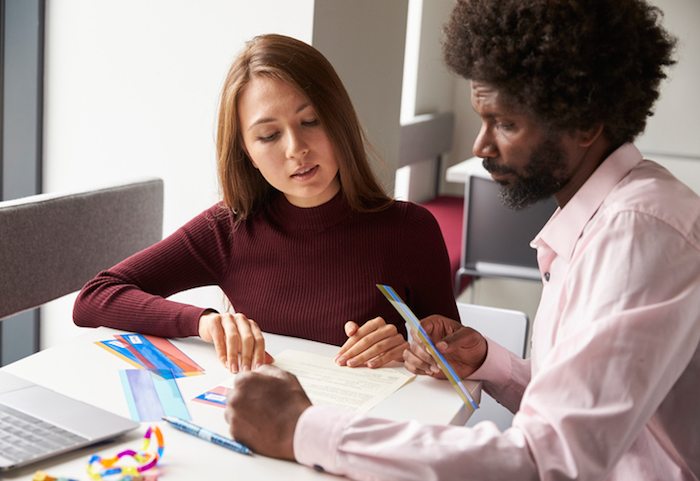 Share via
According to the British Dyslexia Association, ten per cent of the UK population is dyslexic, four per cent of which it deems “severely so”. This, it noted, prevents them from fulfilling their potential, with a large percentage still unsure of what the condition actually is. But that should by no means write them off as candidates. As we heard from employees and employers in a previous article, there are numerous ways to support those with dyslexia. In fact, many claim neurodiversity – including ADHD, dyspraxia and social anxiety disorders – to be a competitive advantage. “Everyone is to some extent differently abled,” Robert Austin and Gary Pisano penned in the Harvard Business Review, “because we are all born and raised differently. Our ways of thinking result from both our inherent ‘machinery’ and the experiences that have ‘programmed’ us. “Most managers are familiar with the advantages organisations can gain from diversity in the backgrounds, disciplinary training, gender, culture, and other individual qualities of employees. Benefits from neurodiversity are similar but more direct. Because neurodiverse people are wired differently from ‘neurotypical’ people, they may bring new perspectives to a company’s efforts to create or recognise value.” It’s a sentiment Pauline Kent, director of Satellite PR, is keen to stress. She told Real Business that she’d hired numerous people with dyslexia. “The last person I hired has now moved on to work with the BBC as a researcher,” she explained. “We also work with an amazingly gifted film producer who’s had the balls to add a sentence at the bottom of his emails to explain that yes he’s dyslexic so there may be typos in his email, but he makes ‘kick ass films’. He does!” Companies should ditch the psychometric tests and hire people who bring originality to the table, Kent advised. Different perspectives and additional creativity are only a few examples of why bosses shouldn’t shun those with dyslexia. “Running a business is hard,” Kent said. “It requires focus, tenacity and an ability to change and adapt. That’s why we need people who think differently. Building a team isn’t complex. It requires different skills and let’s face it, no one would query a football manager for hiring a player with dyslexia. What we need in business is the courage to sniff out brilliance because without this you end up hiring people who look and sound the same. “The late AA Gill was an extraordinary writer with a gift for crafting sentences that broke all the rules. Being dyslexic made him the writer he was and I’m sure there isn’t a single columnist who wouldn’t trade their English degree for what he had in abundance. “Recently I hired someone who’d been rejected by 16 PR agencies. She came for the interview, completed her writing test and said: ‘I don’t expect you’re going to hire me.’ I took one look at her work and was blown away. It was the first press release I’d read in ages that challenged my thinking. It wasn’t text book in style and that’s what made it special. “I knew I was hiring a brain with a capacity to solve problems and at the heart of every single business, this is what we do. If you can’t solve problems you won’t survive.” Kent’s message is clear: The best companies look beyond academic results, thus finding more varied and original thinkers. “It’s time to throw away the rule book,” she added. “I have a strong feeling AA Gill would have approved.”