May 2017 saw entrepreneur Richard Branson launch charity Made by Dyslexia. To coincide with it, he released research carried out by YouGov, unveiling that only three per cent of respondents considered dyslexia a positive trait.

What’s more, 19 per cent linked it with creativity, identifying a gap in perception given that 84 per cent of dyslexics felt they exhibited higher than average creative skills. All in all, the report explained, while the public understood the difficulties dyslexic people faced in terms of learning, “only a small percentage acknowledged its positive characteristics.”

Dyslexic himself, Branson revealed in a blog: “Once freed from archaic schooling practices and preconceptions, my mind opened up. Out in the real world, my dyslexia became an advantage: it helped me see solutions where others saw problems.”

“I always have been business-orientated and as a schoolboy would buy sweets and trading cards, which I sold to fellow pupils for a profit. Some may see my dyslexia as a challenge. However, I have found it a to be beneficial for the business.

“For me, and I believe for a lot of other people with dyslexia, business and entrepreneurship are a more attractive option than higher education. We tend to want to get on and do things, rather than overthink them and end up not doing the thing our gut instinct told us was right. Of course, people with dyslexia can go higher education, Einstein did…but it can take us a bit longer.

“Everyone has strengths and weaknesses, and as entrepreneurs we can hire the right people to overcome any issues we can’t solve alone.”

James Rix is on his way to crafting an empire much like dyslexic chef Jamie Oliver. Having created numerous companies turning over more than £2m, he now sits on the board of the UK’s Entrepreneurs Organisation. His severe dyslexia hasn’t gotten in the way of success though, he told Real Business.

“To be frank, I did terribly at school. I also have mild Attention Deficit Disorder (a problem shared with one in ten of the UK population). I’m not stupid – far from it, I’m a pretty bright guy. But stick me in a room for two or three hours and make me try to do an exam, and the truth is, you won’t be seeing me at my best. So for someone like me, using my exam results to base my entire future on is a ridiculous idea.

“And you know what? I’m 34; I’ve started and exited two companies, bought two more and then founded another three. I’m now CEO of a group of companies which includes the UK’s biggest organiser of student events, a staffing agency, an experiential agency, a design agency, a social media agency and an event software business.”

In fact, one entrepreneur unveiled how dyslexia didn’t deter him from opening a content company. Chris Kemp, CEO of Ingenuity, reveals that he has learned to play to his strengths. His sales-based career allowed him to carry out communication over the phone or face-to-face.

Meanwhile, as with any business leader, he has built a team capable of developing written proposals and strategies. As such, he was keen to dispel the stigma present when linking dyslexia with business prowess.

He too believes there’s too much emphasis on how well you do at school, saying: “The education system is still heavily weighted in favour of students who can pass written exams and should be more focussed, or include greater elements of, what it takes to succeed in business. This is particularly true up to and including further education, although university allows a greater focus on discussion.

“My message to people with dyslexia wishing to set up their own business is don’t let it hold you back, recognise what you can and can’t do, play to your strengths and fill in the gaps with other people’s expertise.”

Its advantages are perhaps best summed up by James Banister, the CEO of FXecosystem in The Guardian: “Its strengths are ones which are particularly useful in building a strong company – problem-solving abilities, strong reasoning and being able to picture how circumstances will evolve. You consciously focus on the wider picture and likely consequences.” 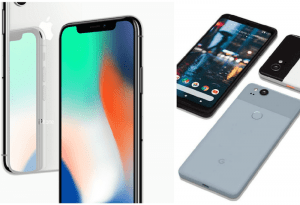 Apple iPhone versus Google Pixel 2: Which launch was best?