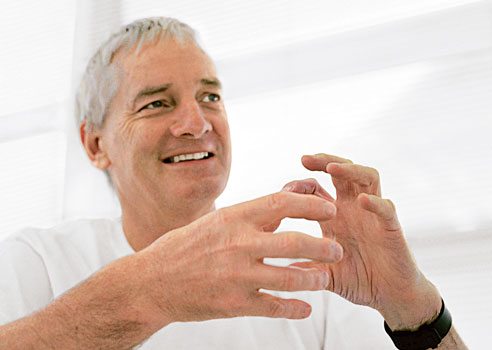 Sir James Dyson, founder of British engineering bellwether Dyson, has spoken out against what he called the failure of successive governments in spotting and backing great ideas.

“The government is not good at spotting winners,” Dyson said. “Successive governments have been very bad at backing big engineering projects. We got out of nuclear power, we got out of making trains, we got out of making planes, and we’re nearly out of making cars. The government doesn’t recognise that big engineering projects are inspirational for children, and inspirational for business.” “But the government shouldn’t be trying to spot winners either,” he continued. “It should support people who are using their own money – whether they’re small businesses, individuals or big companies – to do so. It should back them with R&D tax reliefs; tax reliefs should be increased for genuine technology research companies.” Sir James Dyson was speaking at the launch of Channel4’s Genius of Britain series. The series, supported by specialist insurers Hiscox, premieres this Sunday at 9pm on Channel4. “There’s a lot that has been invented here, but the British government has just said that it won’t work – and this is something that all inventors face. An unlikely but brilliant idea is often spurned – people just don’t take any notice of it.” If the government were to back engineering projects, Dyson said, then business would invest more and develop new technology. “It doesn’t cost very much money – government just needs to take decisions and take the lead to show that engineering matters.” Ahead of the general election, Dyson had published a manifesto to promote entrepreneurship and engineering – we covered it here – but speaking at the Channel4 event, Dyson said the key lesson to remember from it is that Britain must develop more technology. Dyson warned that China and Japan are filing twenty times as many patents as Britain at the moment, so Britain “has to more than redouble” efforts, so that Britain can create more wealth. He added that although the government be in charge of funding big ideas, it should fund the green agenda. “Often it’s not seen as a very commercial area, and it does need government support.” Sir James Dyson isn’t just paying lip-service, he practices what he preaches: his business, Dyson – which, incidentally, today announced that operating profits had doubled to an eye-watering £190m and that turnover grew by 23 per cent to £770m – recently announced that it would be doubling its engineering team to 700.