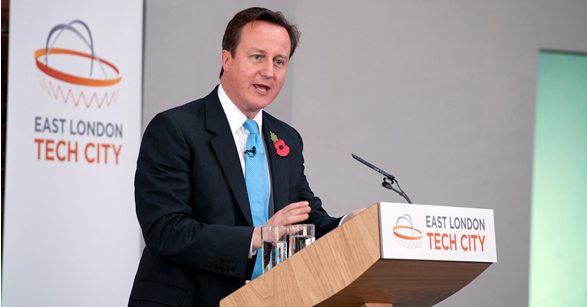 A key outcome of the meeting is Cisco’s pledge to invest around $500m, or £310m, into the project. David Cameron said that he welcomes Cisco’s involvement in the project. “This will help create many new jobs and opportunities, and support our drive to diversify our economy and generate sustainable economic growth,” he said. “Cisco’s goal is a fantastic example of how business is turning this vision into reality, with East London set to become a leading Tech City.” Cisco’s investment will allow two networked Innovation Centres to be built – an open innovation centre in Shoreditch developed in partnership with the local SME community, and another at the Olympic Park site, which will provide a “state of the art connected community”. “This project is a logical progression of the work we’ve done in the east of London for the 2012 Olympic Games, and we’re delighted to work with the government as it serves as a reminder of how business and government working together can turn vision into reality,” added John Chambers.